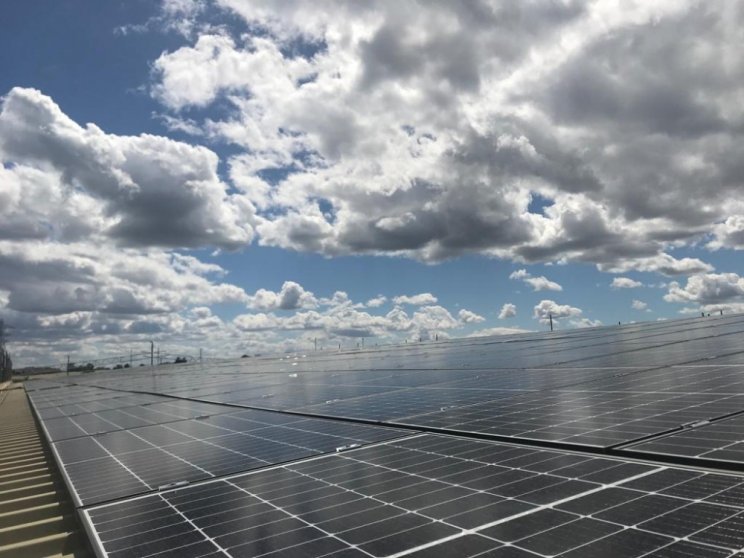 Coronavirus has cast a cloud over business for much of the last few months.

But amid the dark skies which hover over the the economy, Mypower  is spotting more than the odd glimpse of sunshine.

Which is quite fitting for a company which specialises in supplying and installing solar energy equipment. 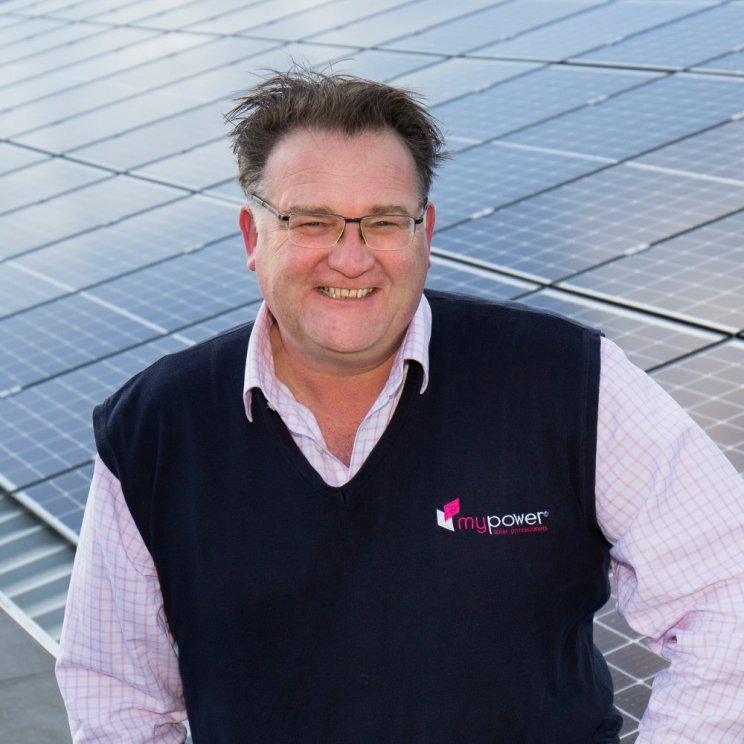 Managing director Ben Harrison said: "We were on track for a record year with solar.

"It's been a volatile time with changing grants in the last 10 years - we celebrated our 10th anniversary in February - and we lost subsidies in 2019, but a drop in electricity prices and installation costs levelled things up.

"It left us in a level playing field where it became much cheaper than power from the grid.

"The other main drive was carbon reduction and that all led to a very, very good nine months - then COVID came along."

Over the last decade the firm, based in Toddington, near Cheltenham, has tackled a range of different installations for the likes of Leeways Packaging Services in Cinderford, Daylesford Organic in the Cotswolds and the rather different environs of Gloucester Cathedral.

And their work has produced word-of-mouth recommendations for firms such as carbide tooling manufacturers Quickgrind in Tewkesbury.

"They were looking at solar panels and spoke to a client we have done four installations for," said Mr Harrison

"We find a lot of companies have looked at solar but find it is a significant amount of money so the amount of trust and belief in the installer is important.

"They spoke to someone that gave them the push to look at it again. 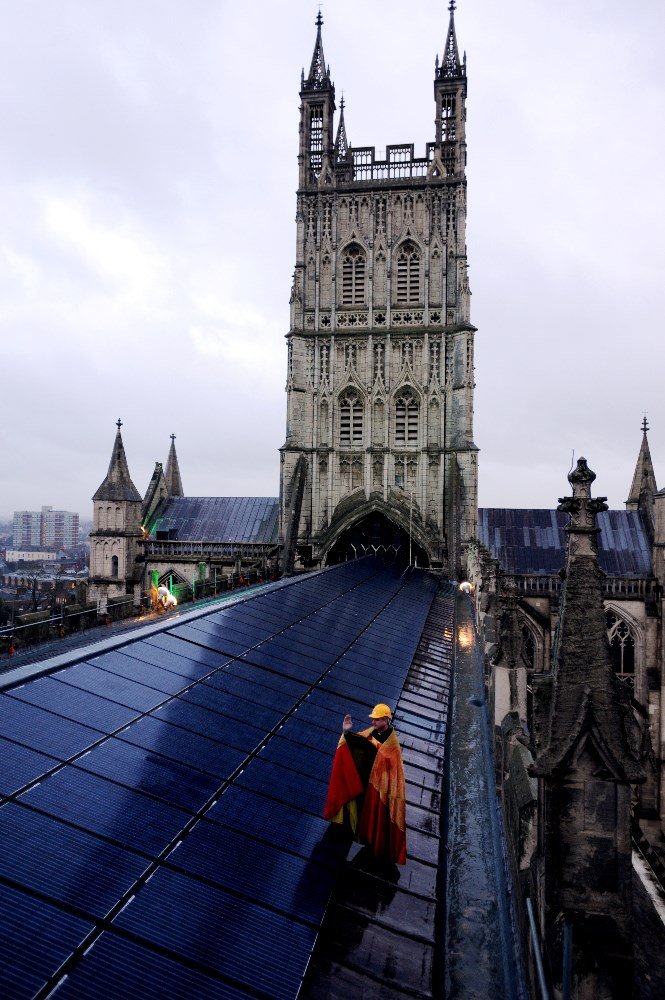 He continued: "If Gloucester Cathedral can trust Mypower with a 1,000-year-old building, that's a pretty good testament.

"We are a relatively small team but we focus on attention to detail. We want to treat every job like it is our own business.

"A happy customer is one that will pass on recommendations."

Having proposed a solution to Quickgrind, which included finding an extra 30kw by covering skylights made redundant by LED lighting, Mypower made an extra suggestion - even if it put their own contract at risk.

They suggested applying for a Severn Wye Energy Agency grant for 30 per cent of installation costs for SMEs in Gloucestershire to reduce their carbon footprint.

"They liked the numbers and felt there was the level of trust and professionalism." said Mr Harrison. "We mentioned the grant to them, although we knew it needed them to go out to tender, even though that would mean we risked losing the contract.

"They were quite impressed with our belief in ourselves and our competitive procedure.

"We started the process off for them, helped them through the set-up and tender process. A number of companies came back to them and we came out with the successful proposal."

He continued: "The grant is an incredible opportunity. It's a great opportunity to use that European money and it will pay back in three-and-a-half years.

"Quickgrind was the first in Gloucestershire to be helped through the SWEA. These grants are here and can make it a real financial opportunity." 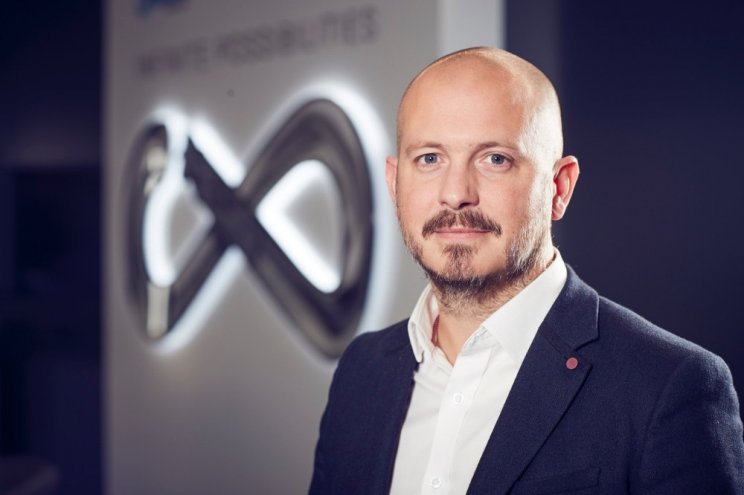 He said: "Investing in Solar PV was a way to do our part towards building a better future for the environment and the community.

"Ben Harrison really put forward the case for Mypower and solar PV with several options of system sizes and products, giving complete transparency on everything.

"Letting us know about the new availability of the grant, which no doubt caused them extra work but saved us a significant amount was admirable."

He continued: "The grant process was very easy and straightforward with Mypower's help.

"Mypower's team on site were excellent and caused no disruption to the business and the whole project was managed and communicated to us exceptionally well."

Mypower's faith in solar dates back across the past decade and Mr Harrison is convinced they made the right choice of speciality.

He said: "It's a technology we firmly believe in. It's where we started.

"We looked at other renewable industries such as Biomass, but with solar there is a free energy source with no changing costs.

"We felt we were better to become real specialists in a a niche area. The technology is so stable, it was the right one to go with."

And once in place, he is convinced it is the simplest and economic choice. 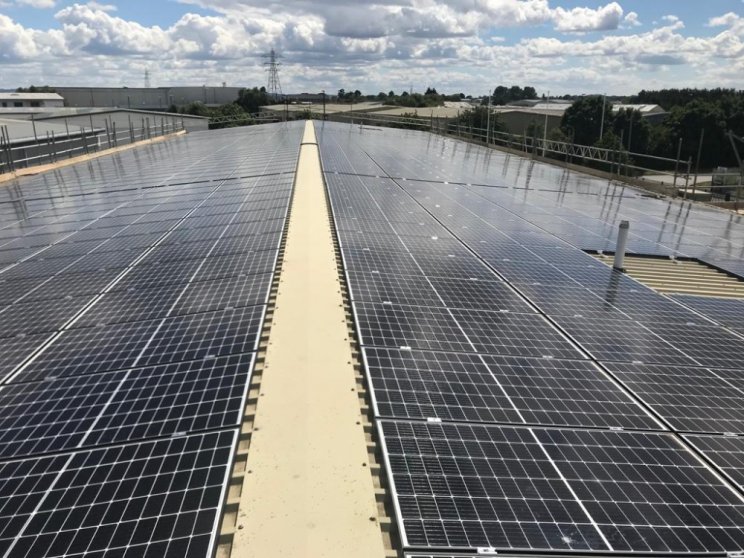 "We work out how to maximise the use of he roof space - it's important to get the right size and ratio to maximise the amount you use rather than hand it back to the grid."

With a warranty of 25 years and a cost of production of 5p per unit, the system means minimum maintenance - just a touch of monitoring and some sun.

"Solar requires very little input and labour once it is on the roof, with no moving parts there's very little to go wrong," said Mr Harrison.

"We keep an eye on it. It has a fully-automated monitoring system which we can see and they can see. We've never had a panel failure."

And after working through those cloudy few months, those welcome glimpses of sun are beginning to shine.

Mr Harrison said: "We thought long and hard about whether we put some people on furlough, but felt we could continue on with over three months of work.

"It felt the right thing to do to keep going, We could safely work and we were as busy as we've ever been. Everyone could keep their jobs and keep working. 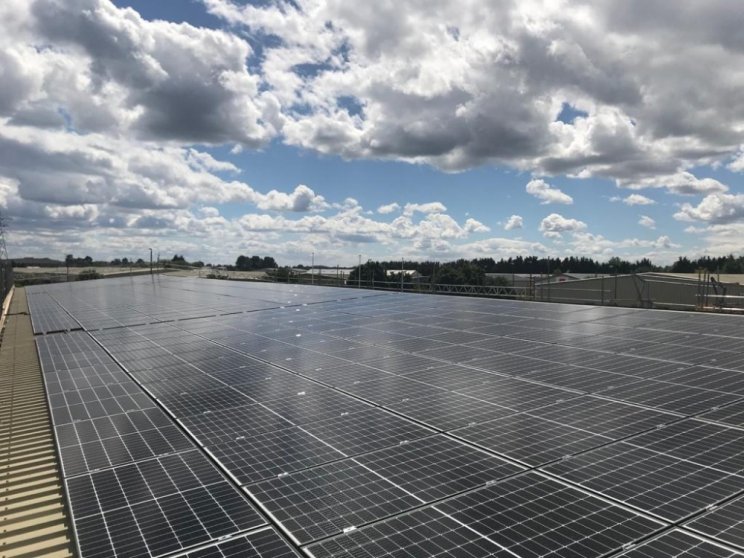 "We managed to only have one week in the last 18 months when we have not been installing on the roof but we are back up and booked up until early August and about six jobs which will send us well into September.

"That's certainly keeping us almost as busy as we would be otherwise."

He continued: "The phones did slow down but have gradually picked up and it's notable that it's SMEs or family-owned businesses coming forward wanting to do things.

"Maybe it's because they have got the government loans and this is a good use of that money.

"We should use this money to be fit for the future.

"Do nothing and your electricity bill will get higher, but even if you have to borrow some money to finance it, you will be better off."