Broadband scheme in danger of leaving small firms behind

Small businesses risk being held back by poor broadband unless the Government increases its target for a faster rollout, according to the Federation of Small Businesses. 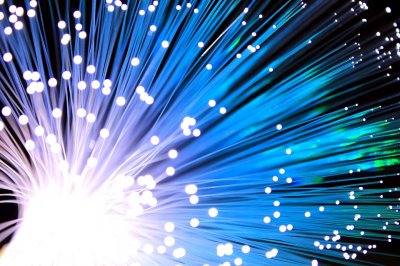 The Government pledged to roll out gigabit capable connections to all homes and businesses in the UK by 2025 as part of its 2019 manifesto.

That target was cut to 85 per cent last year and according to the FSB, only £1.2billion of the promised £5billion promised has been budgeted.

The first areas to benefit from ultra-fast broadband as part of Project Gigabit were announced last week.

FSB national chairman Mike Cherry welcome the announcement, but said changes in working patterns made it more important no businesses were left behind.

He said: "At this critical time for economic recovery, the UK's small businesses are more reliant than ever on broadband.

"Some firms may choose to adopt a hybrid working system long after the pandemic is over, but the economy needs stable and reliable infrastructure to support that in all parts of the UK, not just select areas.

"The Government's watered-down target remains a blow to firms still operating with sub-standard connections and to rural communities who rely on it to carry out the most basic of tasks."

Research by the FSB said 25 per cent of small firms are not happy with their existing broadband while 32 per cent do not believe they have the skills to take advantage of gigabit broadband.

More than half (56 per cent) said they cannot afford a larger broadband budget.

"The Government must do all it can to ensure that this policy pivot doesn't hit those whose income is solely dependent on a steady network.

"Businesses going back to the office after the end of Covid-19 will be returning to a market that has radically changed due to digitisation in more ways than we could have ever imagined."

He said slowing the rollout risked stifling small firms' appetite for something which needs their enthusiasm.

"Businesses understand the benefits of decent broadband, but we need to translate that understanding into real, positive change," he said.

"It is not enough to simply rollout faster broadband networks, but businesses need to be given the skills and financial help to make the change as seamlessly as possible with minimal financial and physical disruption to their day-to-day work.

"The success of our digital revolution depends on rediscovering the ambition and funding that was pledged and is now so needed."