Police have revealed that yesterday's incident in Southgate Street involved the stabbing of a teenager.

In a statement released last night, Gloucestershire Police confirmed that the 19-year-old suffered serious injuries in the incident that happened around 3.30pm. 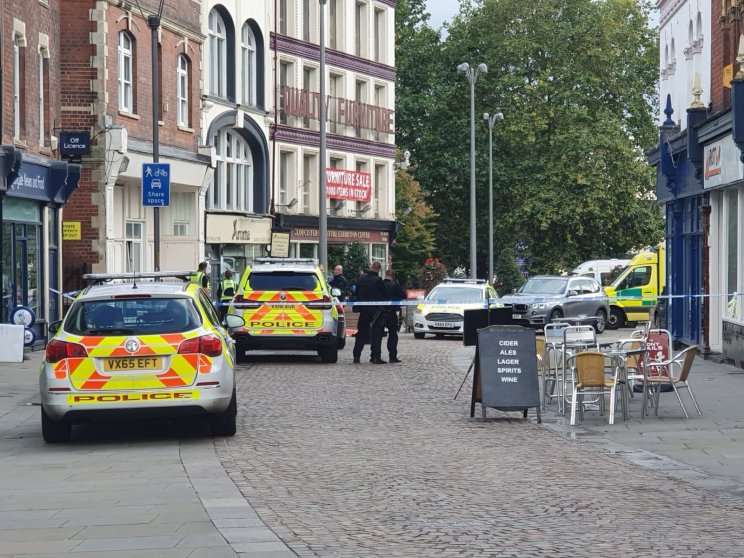 An officer radioed the incident into Police control at 3.39pm and emergency services were immediately deployed to the scene.

The incident occurred on the southern tip of the pedestrianised section of Southgate Street on Kimbrose Triangle near the entrance to Chelsea Court.

Around half a dozen police vehicles attended the scene and Southgate Street was cordoned off from the junction with Parliament Street to Commercial Road.

Two dog units attended the scene and at around 4.20pm a man was taken from Chelsea Court and into a waiting custody van.

Police later confirmed that a man in his 50s was arrested in connection with the incident.

In a statement, Gloucestershire Police said: "The teenager suffered wounds and was taken to Gloucestershire Royal Hospital by the ambulance service where he remains in a serious but stable condition.

"His injuries are not believed to be life threatening."

The cordon remained in place last night while officers completed their investigations but Southgate Street was open to pedestrians this morning, although there was still a police presence at the scene. 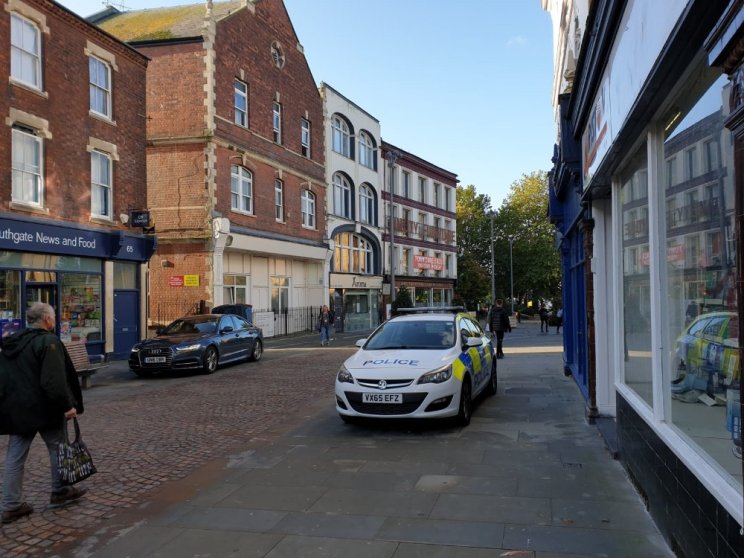