One of the largest digital quarters in the UK will form part of the £85million King's Quarter project to redevelop part of Gloucester city centre.

Plans for The Forum, which will form part of the regeneration of King's Square, have been revealed as part of today's Gloucester Day commemorations. 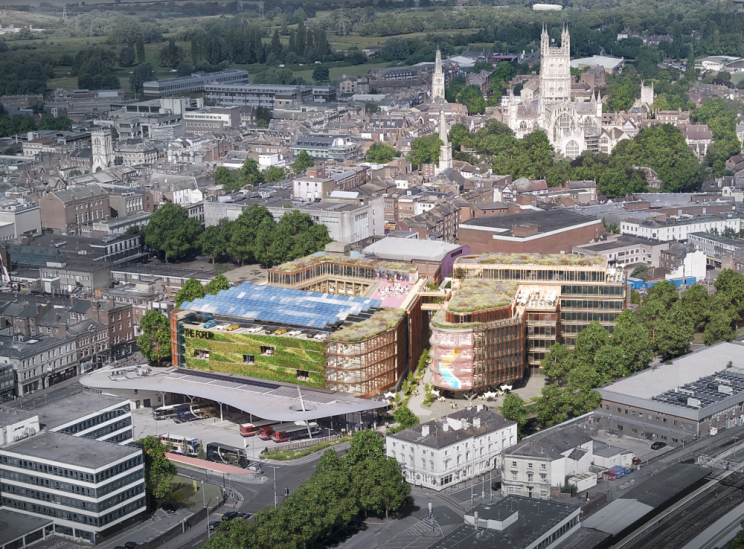 Comprising office space, a hotel and car park, The Forum will create a social and digital campus designed to act as a catalyst for the emerging digital and cyber security sector.

Work on the 600,000sq ft plan for The Forum, which will sit alongside more than an acre of public and landscaping, is scheduled to start next year.

More than 125,000sq ft of new versatile office space will be developed, alongside a shared workspace club and an innovation hub designed for emerging cyber businesses and incubator businesses.

This will sit alongside a 116-bedroom four-star hotel, a 9,000sq ft gym, restaurants, shops, bars and apartments with a view of the Cathedral.

It is designed to create a mixed-use urban environment set to attract major occupiers and the region's best talent.

Gloucester City Council leader Councillor Richard Cook said: "Not only will we have a large-scale digital campus which will attract significant investors to the city, but a superb, newly regenerated area of the city for residents and visitors." 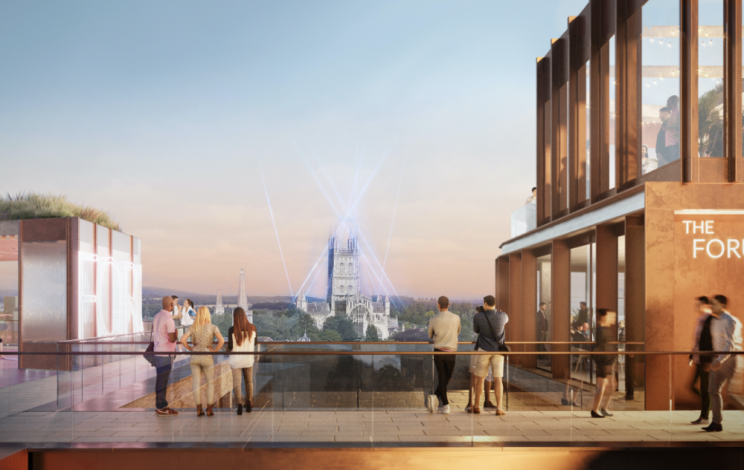 Developed by Reef Group, in partnership with Gloucester City Council, The Forum was launched at an event attended by Mr Cook, Gloucester MP Richard Graham and other stakeholders.

Mr Graham said: "It is wonderful to launch The Forum on Gloucester Day.

"This development is aimed at attracting digital companies with an international reach to the heart of Gloucester - next to the Transport Hub and soon to be improved railway station.

"This is one of Gloucester's key projects and its success will help transform our city centre."

Initial work has begun on the transformation of King's Square, which is supported with £5million in investment from Gloucester City Council which will create a destination for cultural activities including live performances.

Reef Group development director Esther Croft said: "This is set to create one of the UK's first truly integrated digital societies and will provide the space and the infrastructure to build a seamless link between city centre living and working, in a new social and digital hub.

"We will shortly be putting forward more detailed plans and holding a public consultation for people to take a closer look."