Boris Johnson believes construction and apprentices can be at the heart of the UK's post-pandemic economic recovery. 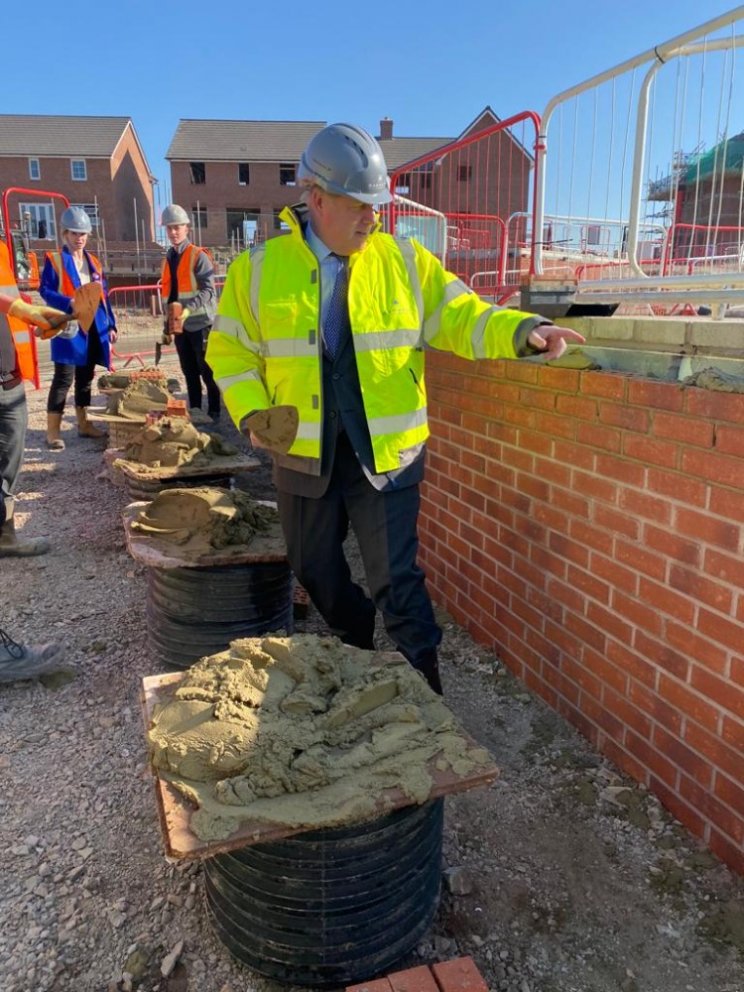 The Prime Minister was speaking on a visit to The Great Oldbury housing development at Stonehouse to launch a government-backed scheme offering five per cent mortgages to home buyers.

Joined by Stroud MP Siobhan Baillie, he faced questions about concerns over the effectiveness of the Kickstart Scheme which covers wages for six-month work placements.

Mr Johnson said: "We are big believers in the Kickstart Scheme. Some companies I've spoken to have said it is working very well for them.

"If there are problems, particularly in the construction industry, we'll look at that."

He argued that greater opportunities in the building industry would help drive further developments as the economy improves.

Mr Johnson was touring an area being built by Barratt Homes as part of The Great Oldbury scheme.

And he argued such developments would drive British products post-Brexit.

"One of the advantages of coming out of the European Union is you no longer have to do the same procurement rules and you can favour great British products, great British supplies in building, constructing and doing whatever you want. It's made a huge difference, sometimes speeding things up," he said.

"On this site here, you talk to Barratt they will tell you they do source a huge proportion of their stuff from the UK.

"Some of it still comes in from abroad, but we are also free marketeers. We believe in trade, we believe in exports and in free trade but I do want to see more stuff coming from this country."