A Cheltenham-based bike outlet is urging cyclists to increase security of their bicycles, after a recent rise in thefts across the town.

Bicycle Hub said owners can prevent their bikes from being stolen by using a series of security measures to boost protection. It is also encouraging owners to register their bikes by having them security marked, making bikes less desirable for thieves, harder to sell and less likely to be taken. 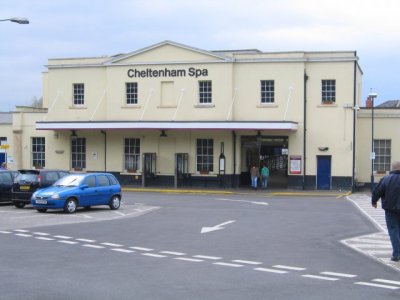 This follows recent reports of bike thefts across the town, including a spate of incidents at Cheltenham Spa station's revamped car park. On several occasions, bicycles have been taken from the new large cycle rack at the front of the station.

Each year, almost 300,000 bikes are stolen nationwide, but these numbers can be reduced by cyclists doing their bit.

Steve Short, owner of Bicycle Hub, said: "With Christmas approaching, a shiny new bike might be on a lot of people's wish lists, but also unknowingly for them it's potentially a gift for criminals too. New Year offers the perfect opportunity for bike thieves to strike, as there tends to be more bicycles around, albeit seemingly kept 'secure' in public places as well on private property - but this alone won't deter them.

"More than half of all bike thefts are from the owners' property, so try to keep your bike locked inside - if it is in a shed or garage, consider using a floor or wall-mounted anchor lock for extra security.

"In public places, investing in a good quality lock, such as an Oxford lock, or even using two locks to double the protection will help prevent theft. A bike locker is also an efficient and affordable option to store cycles safely, securely and out of sight."

The National Cycle Database offers bike security marking to help deter thieves. Bicycle Hub is a recognised partner of the Bike Register, and is offering free bike marking with any bike purchased from its store.

Steve Short continued: "Getting your bike marked means, if it is stolen, it's much more likely to make its way back to you. Every police force in the UK checks the register to get stolen bikes back to owners."