The old Berkeley power station site in Gloucestershire is part of a bid to develop nuclear fusion technology. 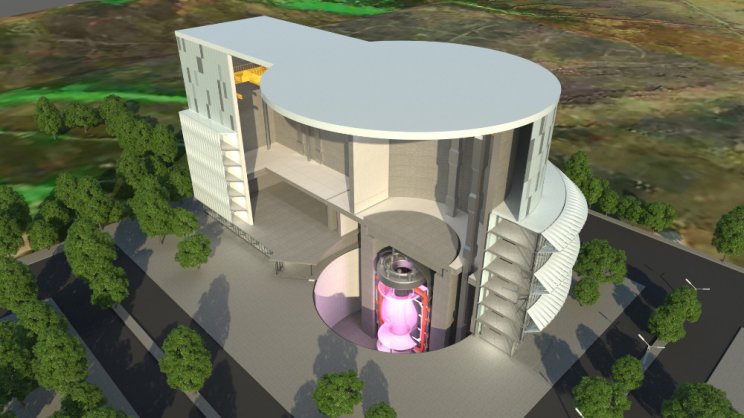 Severn Edge, a joint bid by both the Oldbury and Berkeley sites, is one of five shortlisted for the first UK fusion energy plant.

It's hoped the 'Spherical Tokamak for Energy Production' or STEP programme will pave the way for commercial fusion and a virtually limitless supply of low-carbon energy.

If chosen, the STEP plant itself would be built at Oldbury, adjacent to the old Magnox station. Berkeley would host the associated business and industry - as land next door to the old power station is already set up as a college and office space.

The plant would support thousands of highly skilled jobs and stimulate the creation of a thriving fusion industry in the UK.

A final decision on the plant's location will be made by the Secretary of State for Business, Energy and Industrial Strategy around the end of 2022.

A total of 15 sites were long-listed following an open call for sites between December 2020 and March 2021.

STEP is a government-backed programme to build a prototype fusion energy plant in the UK. The STEP plant aims to generate net electricity as well as demonstrating how the plant will be maintained and how it will produce its own fuel.

Fusion has the potential to provide a near-limitless source of energy by copying the processes that power the sun and stars where atoms are fused to release energy, creating nearly four million times more energy for every kilogram of fuel than burning coal, oil or gas.

George Freeman, Minister for Science, Research and Innovation, said: "Fusion energy has the potential to be a truly revolutionary and inexhaustible energy source that can help us reduce our dependence on unreliable fossil fuels and tackle climate change.

"By building the foundations to unlock the power of fusion energy, including the location of the UK's first prototype fusion power plant, we are positioning the UK as a global leader in this safe and sustainable power source."

Paul Methven, STEP Programme Director at UKAEA, said: "Through the next phase of assessment, we look forward to working with the shortlisted sites and local communities to gain a more in-depth understanding of the socio-economic, commercial and technical conditions associated with each site, before we make our final recommendations to the Secretary of State in 2022."