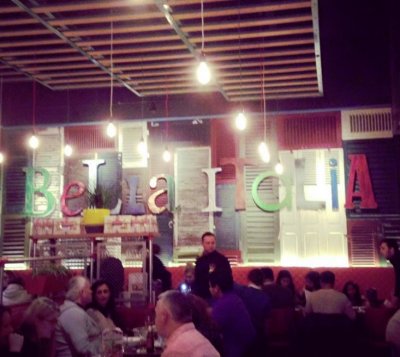 As restaurants around the country prepare to reopen from tomorrow with the relaxation of coronavirus restrictions, Casual Dining Group has announced 91 of its outlets will close immediately.

Cheltenham BID director Kevan Blackadder said: "It is obviously very disappointing that the list of proposed closures includes two such prominent and popular restaurants on the Promenade.

"But if you look at the list of places affected, it puts into stark focus that this is a national crisis.

"From London's Baker Street to other large cities like Manchester and Leeds, popular destinations are being hit hard with these closures."

He continued: "The irony is that the announcement has come just before so-called 'Super Saturday' when restaurants just like these can finally welcome customers.

"The Government has to realise - after ignoring many of these hospitality businesses in its grant schemes - that more support is needed to protect both jobs and the society they support."

Casual Dining Group applied to appoint administrators in May as it found rents increasingly hard to pay.

Administrators Alix Partners are seeking offers for parts or all of the remaining business.

CDG chief executive James Spragg said: "We are acutely aware of our duty to all employees and recognise that this is an incredibly difficult time for them.

"Working alongside the administrators, we will do everything we can to support them through this process, with a view to preserving as much employment as we are able to."

The news comes at the end of a bleak week for job losses across the UK and firms brace themselves for the phasing out of the Governments furlough scheme.

Among the job losses announced this week are: