Commentator Bob Hunt is retiring after 32 years behind the microphone for the BBC. 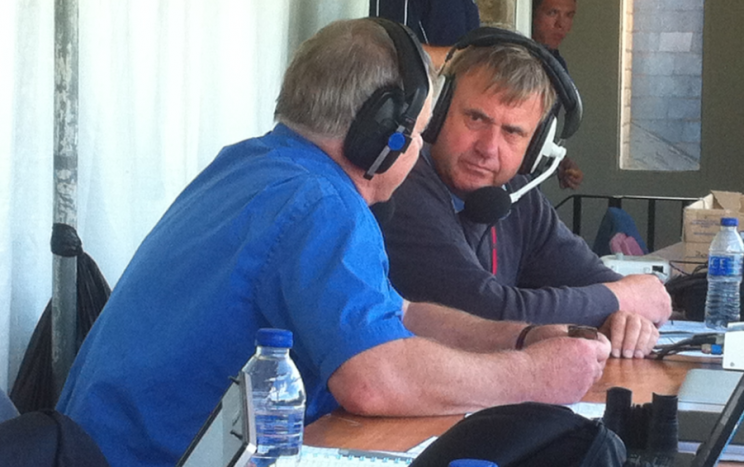 Rovers chairman Dale Vince said he had become "part of the club" while Gloucestershire chief executive Will Brown said he was hugely respected.

Mr Hunt said: "It's been tremendous fun - every time I've commentated I've aimed to inject some humour in to it.

"My favourite moments have been Gloucestershire winning the Royal London Cup at Lord's in 2015 and Forest Green's promotion at Wembley in 2017."

His humorous take on commentating, which saw him reporting alongside his son Billy from the New Lawn, saw his commentary on vegan club Rovers' promotion to the Football League in 2017 make it on to Have I Got News For You.

"Let me tell you this," he said. "Cheltenham, Swindon, Newport - you are going to eat hummus next season, because Forest Green Rovers are in the Football League." 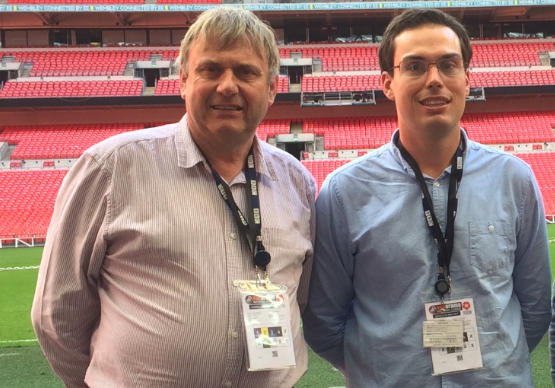 "He made the sports he covered interesting and fun even to non-sports fans.

"He rightly has a special place in the hearts of the Forest Green Rovers fans and will be forever immortalised by his commentary describing their rise to the football league. He deserves all the plaudits coming his way for a truly wonderful career."

As well as football and cricket, he commentated on rugby, horse racing and at the 400th anniversary of the Cotswold Olimpicks, where he described a contestant in the sack race as "bounding like a demented kangaroo in lane five".

Mr Vince said: "Bob was a fixture at Forest Green when I got there 10 years ago, God knows how long he's been a part of the club.

"My best memory is our promotion final at Wembley when he minted his now legendary quote about eating hummus, a classic."

Mr Brown said: "Everyone at Gloucestershire Cricket would like to say thank you to Bob and to wish him a very long and happy retirement.

Bob has been a fixture on the Gloucestershire sidelines for a long time, and our supporters have come to respect him hugely, both for his knowledge on the game and our team in particular, and for the humour he brought to his commentaries.

"Bob has been there for some cup-winning highs and also some tough defeats and he has maintained throughout a good journalistic balance to all of his work."