Bakers Quay developers set out next phase of restoration plans

Developers behind the Bakers Quay regeneration scheme in Gloucester have set out their plans for restoration of historic buildings in the next phase of the development. 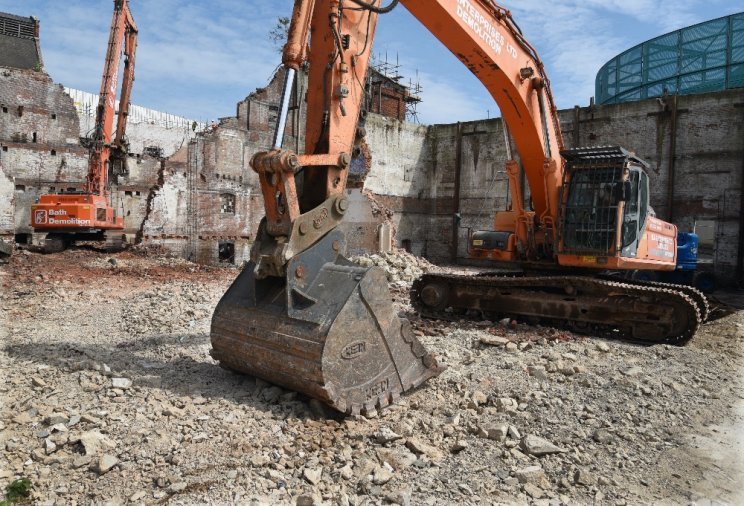 Phase one of the scheme - 47 apartments and two commercial units in the new Provender building, a 104-bed Premier Inn hotel, a drive thru Costa Coffee outlet and a Beefeater restaurant in a restored Engine House - was completed in Summer 2018.

Now the attention of developers Rokeby Merchant will turn to the historic Downings Malthouse on the site, with plans for new apartments and commercial units in the converted buildings and a new-build block alongside them.

Adrian Goodall, director of Rokeby Merchant Developments, said: "Our objective has always been to retain as much of the heritage on site as possible and I hope this document shows the lengths we are going to in order to do so. The historic features are what help to make this site unique and an attractive place to live and spend leisure time. 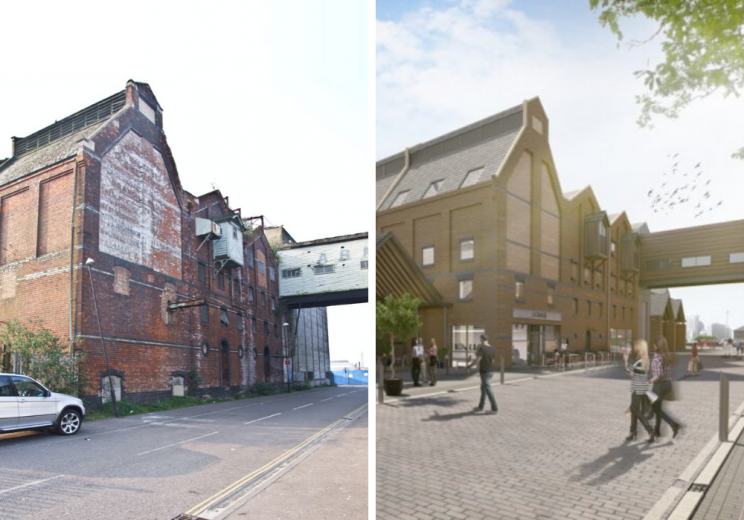 "We are conscious that we are guardians of these buildings and want to give them a new lease of life for future generations. We do, however, have limited time to save them and need support from our partners Gloucester City Council, Homes England and Historic England to bring this next phase forward as quickly as possible." 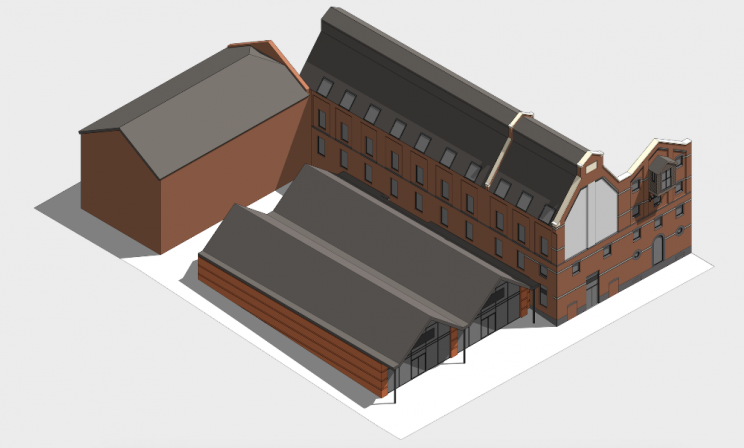 Architects Whittam Cox have put together a 62-page Repair and Restoration Statement detailing how historic features will be retained and restored, which will be submitted to the City Council as a condition of its planning application. 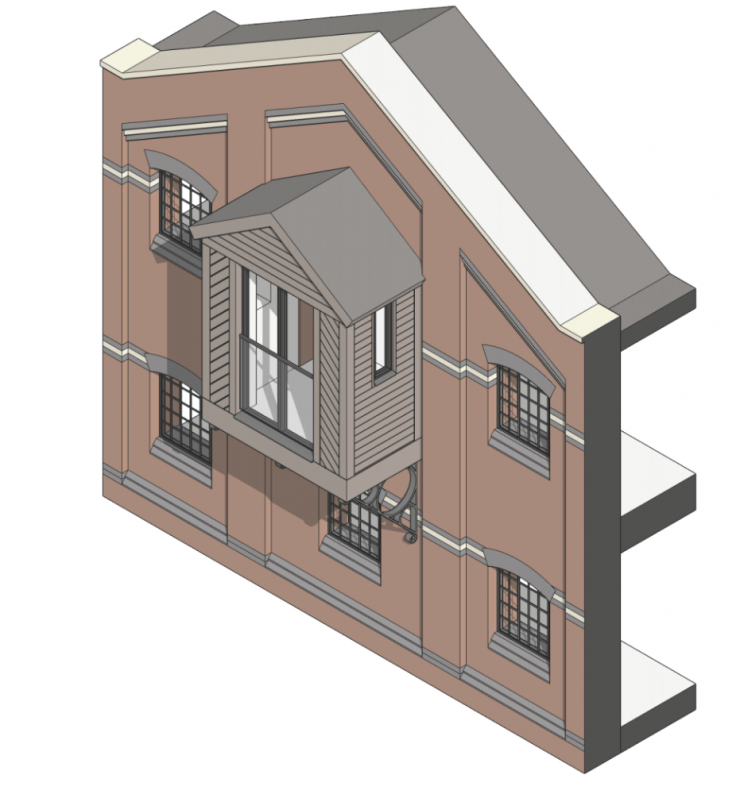 Downings Malthouse is in fact a collection of several industrial buildings, some of which date back to the 1870s when George and William Downing built them to house their malting operations. They remained in Downing's ownership until 1983 when they were bought by West Midlands Farmers. The buildings are made up of two former kilns and a separate warehouse in High Orchard Street as well as the main Downings Malthouse building.

The buildings have been vacant for more than 20 years which have led to the falling into what the developers describe as an "advanced state of disrepair". Theft of lead from the roof and subsequent water ingress has hastened the deterioration of the buildings.

Emergency structural scaffolding was erected in September 2019 and the concrete silo, believed to have been built in the 1950s has been demolished in recent weeks, which has exposed the poor state of the buildings, including collapse in some places. 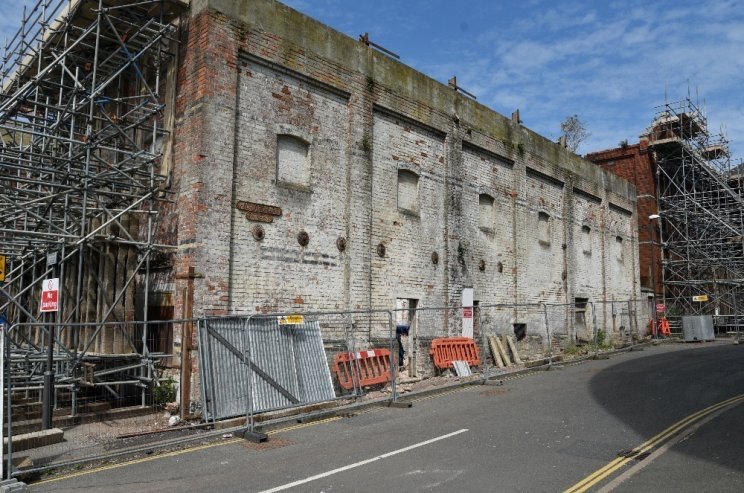 The project will see demolished bricks cast iron columns and timber beams re-used where possible. Infilled windows will be reinstated. Stone cappings and plaques will be retained where they are in usable condition. Existing brickwork will be cleaned and repointed, with graffiti removed. The link bridge over Merchants Road, which was removed for safety reasons, will be reinstated and the faded painted signage on the Downings Malthouse Kiln will be refreshed.

Exposed brickwork will be a feature of the new apartments following the trend set in the converted warehouses in Gloucester Docks.

Rokeby Merchant plan to erect a new apartment building on the site of the demolished kiln and are due to submit a planning application for this in the summer and are hoping to start on site early in 2021.

In total, the historic buildings at Downings already have planning consent to be converted to 42 apartments and 3 commercial units, with the proposed new build block being made up of 30 apartments and a ground floor commercial space - most likely a bar or restaurant. 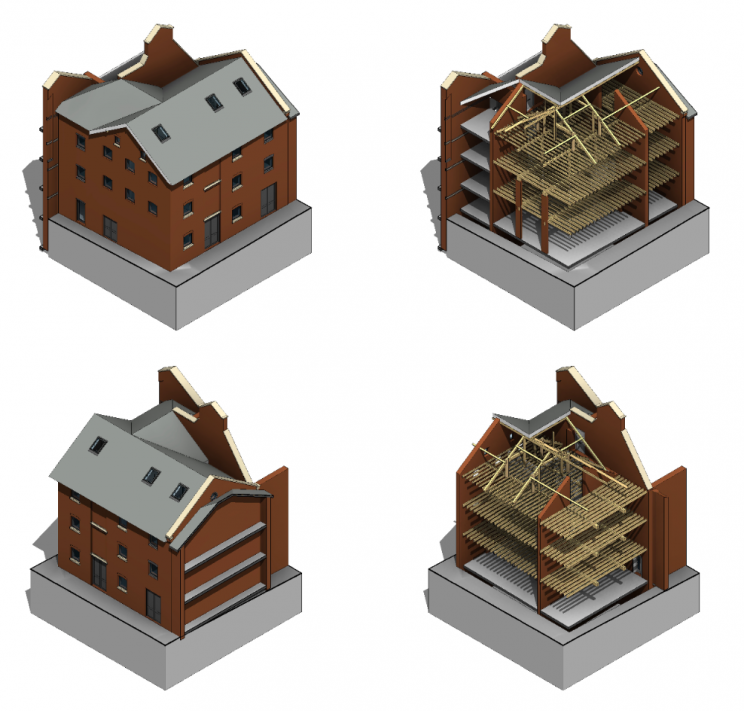