The rise in home improvements and online sales helped Kingfisher post a rise in sales of 17.6 per cent in the third quarter. 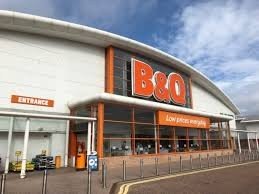 Kingfisher - the owner of B&Q, Screwfix and Castorama - said sales rose to £3.5billion during the three months to October 31.

Online sales across the quarter were up 153 per cent to make up 17 per cent of group sales, more than double the eight per cent for the same period last year.

Sales in UK outlets rose 19.9 cent with B&Q up 24 per cent and Screwfix seeing sales increase by 12.8 per cent.

With shops remaining open during the November lockdown in England, sales in the final quarter have risen by 12.6 per cent.

Chief executive Thierry Garnier said: "We believe that the renewed focus on homes is supportive for our markets.

"We are confident that the strategic and operational actions we have taken so far are helping us to build a strong foundation for long-term growth."

The group said it had repaid £23million received under the Government's furlough scheme.