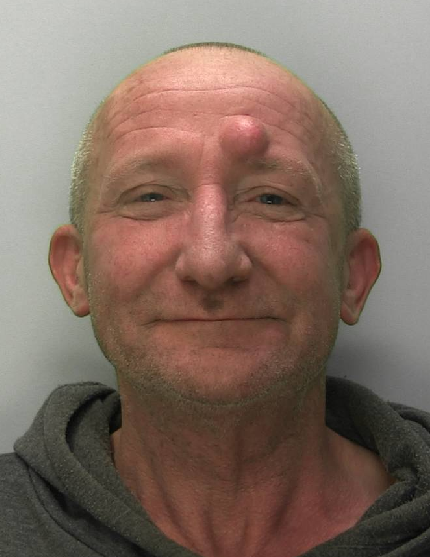 A 52 year old man who refused to shell out the price of half a dozen eggs in his local butcher's shop was ejected - but then cracked completely and returned about half an hour later brandishing an axe, a court heard last Friday.

The extraordinary outburst caused 'alarm and significant distress,' to Mrs Voyce, said prosecutor Simran Kamal at the hearing on Sept 25.

Bullock, of Newland Street, Gloucester, admitted having a weapon in a public place on March 10th this year and was jailed for six months.

The prosecutor said the incident began when Bullock went into FC Voyce and Son butchers in Newland Street, close to his home, at around midday on March 10th this year and asked Mrs Voyce for half-a-dozen eggs but then refused to pay for them.

"Bullock became argumentative with Mrs Voyce and he was removed from the shop by a delivery driver," said Mr Kamal. 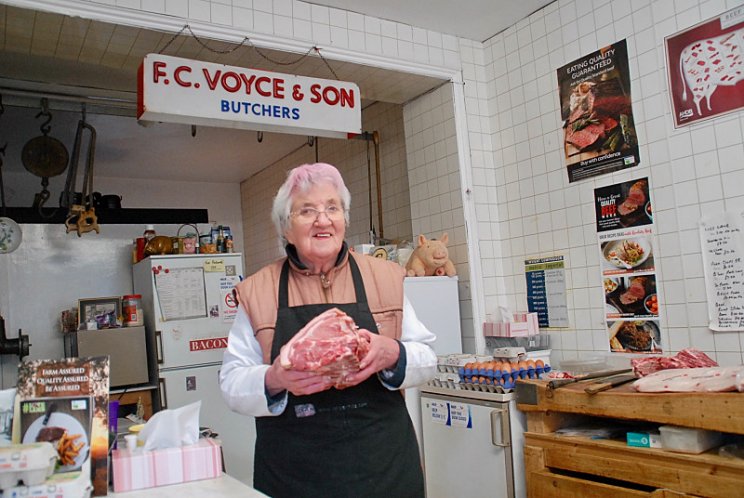 "At 12.40pm Mrs Voyce was telling another woman in the shop about the earlier incident when Bullock returned, this time brandishing an axe with a wooden handle, measuring about a foot in length, and waving it about in what appeared to be a drunken state.

"He began shouting obscenities at Ms Voyce and called her a 'dirty bitch' in an incident that lasted for 10 minutes, much of which was captured on a witnesses' phone.

"Police attended the shop and the neighbouring flats and were soon able to locate Bullock, said the prosecutor. He was arrested on suspicion of affray. Inside his flat, hidden behind the bedroom door, the police found the axe.

"In a victim statement Ms Voyce said that she had suffered from alarm and significant distress following the incident." 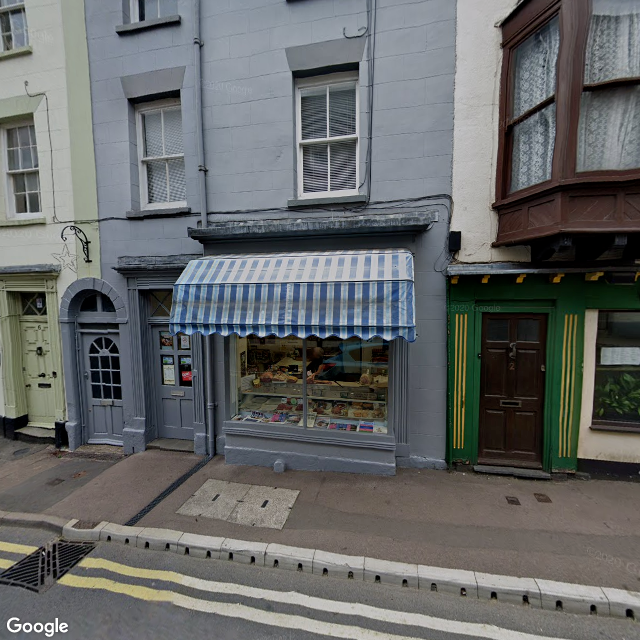 Joe Maloney, defending said: "Bullock has had trouble with alcohol for much of his life, but following this incident he has significantly reduced his intake and has not come to the attention of the police. He has lived a relatively sober existence since March."

Judge Ian Lawrie QC interjected: "Bullock has numerous convictions involving a galaxy of weapons. There are incidents of him wielding imitation firearms, air rifles, knives and now an axe. There is a lot of public disorder amongst his antecedents."

Mr Maloney added: "Bullock never intended to use the axe in anger. Unfortunately, he was given some misguided advice to take it with him when he went back to the butcher's shop. He also made some unsavoury comments to the elderly shop keeper."

The court was told that Bullock had 27 previous convictions and that he pleaded guilty to having the axe in a public place, Newland Street in Coleford on March 10 this year.

Judge Lawrie said to Bullock: "You have two complications in your life. You have an appalling track record for offending due to the effects of alcohol.

"You've been indulging in a number of public disorder convictions where weapons have been involved, firearms and knives for example, often because drink had been involved.

"On this occasion you entered a butcher's shop in Coleford with an axe. I accept that you had it for lawful reasons in your own home, but not to carry it to a butcher's shop. 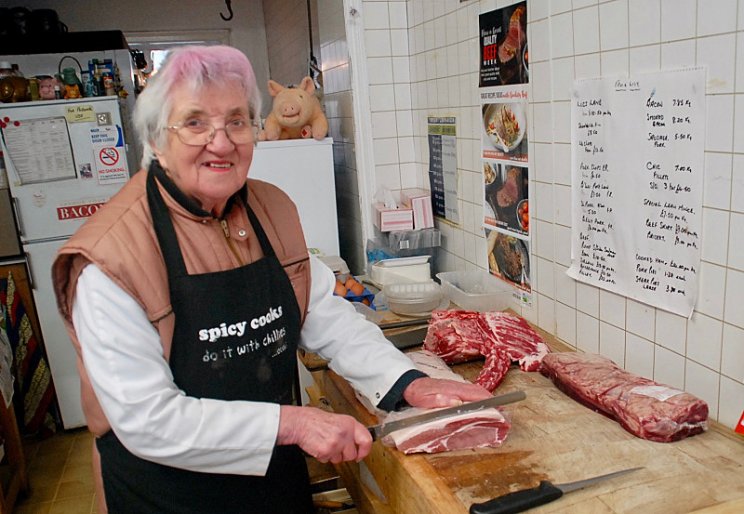 "I've seen the video and saw how you were waving it around in full public view. I do not much care for what you think you were doing or who had wound you up.

"Walking into anywhere with an axe with your record is not acceptable.

"Your lawyer has said everything he could to try and convince me not to impose a custodial sentence on your behalf, but in reality I have no option but to send you to prison for the minimum term of six months.

"You may have behaved yourself for the past six months, but the pattern of your offending is of concern. There is nothing about your circumstances that would cause me to feel that this sentence in unjust.

The judge ordered for the confiscation and destruction of the axe. He also ordered Bullock to pay a victim surcharge of £140.

After the hearing Mrs Voyce said "It really shook me up and has left me feeling a bit nervous, but it hasn't stopped me from carrying on running the shop. I am still in business, for the time being at least.

"He lives in a block of flats opposite my shop and he's a lot of trouble around here - I think it's drink and drugs.

"I saw him outside with the axe on the Saturday before this happened. On the Tuesday he came into the shop just as the eggs were being delivered and he said he wanted six eggs.

"But then he said 'I'm not going to pay for them, mind' so I stood up to him and said 'You aren't having them for nothing, clear off out of here!'

"He wouldn't go but the person who was delivering the eggs pushed him out.

"I've had a lot of trouble with him before that day, and others who live over there."

Mrs Voyce said she was shocked when Bullock returned with the axe and stood waving it and abusing her. A woman customer who was in the shop at the time retreated behind the counter with her and was 'shaking like a leaf,' she said.

"I honestly think he actually wanted to go to prison because he kept telling me to ring the police," she added. "I didn't but the lady in the shop, who filmed some of it on her phone, did ring them.

"When he finally did leave, I just shouted at him 'clear off, get out of here.' I didn't want him to think I was scared of him but it did bother me really.

"Later, his stepsister came in and brought me a box of chocolates and said 'I'm so sorry.'