A company that started as a one-man band and has grown to become a multi-million pound enterprise with nearly 30 staff is celebrating being named the best business in Gloucestershire.

Cass-Stephens Insurances scooped The Business of the Year gong at the GloucestershireLive and Gloucester Citizen Believe in Gloucester Awards in November.

Heading off competition from fellow finalists Gloucester Student Homes and the Museum of Gloucester, it was something of a cherry on the cake after a significant three years. 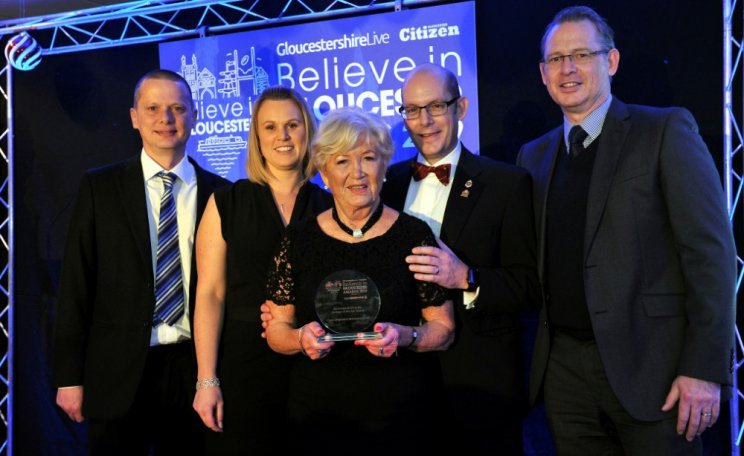 They celebrated their 50th anniversary in 2016 and, such was the growth of the firm in the years since, a move to bigger offices in Barnwood became a necessity.

Since the anniversary and move, the firm has seen a 35 per cent rise in revenues, with turnover as high as £6.8 million last year.

Matt Cass, son of founder Mike Cass, who is now a director of the firm alongside his brother James and Paul Baldwin, said that the award win had allowed the management a rare chance to take stock.

"We're not a firm that often sings from the rooftops about what we do, because we're usually too busy working," Mr Cass said.

"But this award win was a big honour for us. CassStephens is a Gloucester-born and raised company, so to be named as the Best Business in the city meant a huge amount to us all."

From its Windsor House offices on Barnett Way, CassStephens has a staff of 29, who provide commercial and personal insurance both locally and to an ever-growing list of national clients. 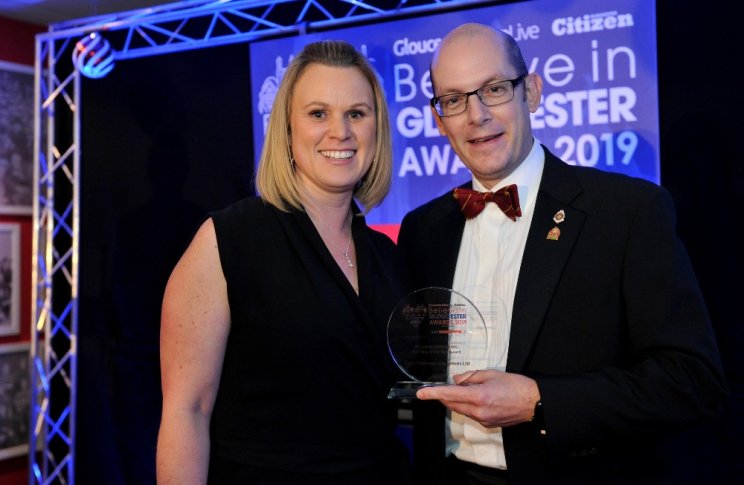 Back when dad Mike started the firm in 1966 and then when the two Cass brothers joined the family firm, the majority of their work was for personal clients, with a limited amount of commercial cases.

Home, travel and motor insurance kept the company busy, but after acquiring a portfolio of other Gloucestershire firms, they have continued expanding into commercial markets.

Now around 60 per cent of the firm's business is in the commercial sector, with a host of Gloucestershire businesses safe in the knowledge that Cass-Stephens has them insured.

Nationally, Parksure - an arm of the business that insures park homes, holiday lodges, static caravans and holiday parks - and InsureWithCare - which looks after care homes, supported living, charities and care providers - ensures that staff numbers as well as the bottom line keeps increasing.

"We had to move out of our old offices as we couldn't fit in there with the amount of extra staff we had," Mr Cass recalled.

"We did wonder whether being out of the city centre might hurt us, but people can see we're very much a Gloucester company still.

"We have some clients that have been with us for 53 years. Where my dad used to deal with the current boss's dad, we now deal with the next generation and we hope that continues into the future.

"We will always offer those services to the people of Gloucester, but the days of people walking in off the street to enquire are over and Cass-Stephens has never really been a high street broker.

"We have a lot of Gloucester-based customers, but with Parksure and InsureWithCare, we have commercial clients who are all over the country.

"Now, 60 per cent of our business is commercial and 40 per cent personal, but we are always looking to grow both sides of the business.

"I don't think Dad would have ever dreamed that the firm would be in the position it is now; we always knew that it had the potential to be the formidable company it now is."

As well as a thriving Gloucester business, CassStephens prides itself as being a business that gives back to the city.

Matt Cass is a board member of the Gloucester BID and current president of the Rotary Club of Gloucester in its centenary year, something he calls "a real honour."

Each year the firm designates a charity of the year, and raises funds over 12 months to support the cause - with £25,000 being raised for Gloucestershire charities in the last 11 years/

"We probably haven't shouted out loud about what we have done and what we are doing, but that's because we have been too busy doing it," Mr Cass added.

"Last year, our turnover was £6.8 million, which is up by £1.8 million from when we moved offices. Our staff numbers have risen from 24 to 29 in that time too.

"Business has just taken care of itself, but when you win an award like this, it allows us all to take a step back and think about what we have achieved.

"We pride ourselves in being a good company to work for; some of our staff have been with us for more than 40 years.

"We offer all our staff mental health awareness sessions and commit to providing each and every member of staff any support they need.

"Because without their efforts and hard work, we wouldn't have been able to achieve what we have. This award is for them"

For more information about Cass-Stephens Insurances visit www.cass-stephens.co.uk  or call 01452 300888