The project manager overseeing the creation of a collection of new villas and apartments in Cheltenham will represent his profession at a prestigious national awards ceremony.

Brian Griffin, Project Manager for CALA Homes (Midlands) and his team are responsible for the ongoing build at the developer's flagship site at 59 Lansdown.

Following a number of unannounced judge site visits, Mr Griffin and his team won the highly-coveted Regional Award in the Large Builder category at this year's NHBC 'Pride in the Job' Awards for the South West of England.

In addition, Mr Griffin also went on to achievea Seal of Excellence, further reinforcing the outstanding quality of his work. 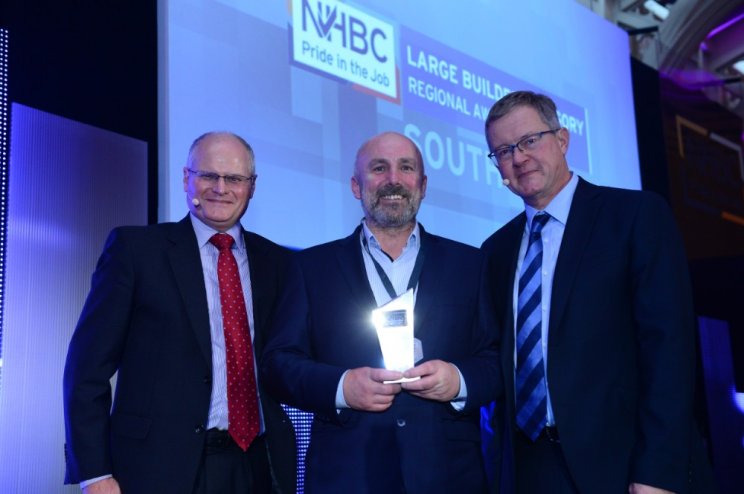 Along with three other winners from other categories, he will go on to represent the South West at the Supreme Awards, held in London in January.

Mr Griffin said: "I am delighted to be recognised by the NHBC for the quality of work at CALA's 59 Lansdown development - it really is the most prestigious award in the construction industry.

"59 Lansdown has been an exciting project to be involved with, particularly as it's such an important flagship development for CALA Homes Midlands.

"I am surrounded by a dedicated and hardworking team every day, which makes my role so much easier and helps to achieve such a high standard of build, so I must thank and dedicate this award to them too.

ALA's vision for the development while delivering excellent quality and service for our customers."

Mark Wright, Managing Director of CALA Homes Midlands, said: "We are delighted to see Brian receive well-deserved recognition for his work at 59 Lansdown.

"The NHBC's Pride in the Job Awards are highly competitive and widely recognised as the highest accolade a site manager can receive, so to be recognised at any stage is a fantastic achievement.

"This accolade is testimony to Brian's hard work, dedication and high standards, as well as all the staff involved in the development who are all instrumental in delivering high quality homes to our customers."