Is it a bird? Is it a plane? No it's Augustus Gloop the dredger launching on a Gloucestershire canal

A boat named after a gluttonous character from Roald Dahl's Charlie and the Chocolate Factory has been launched by the Cotswold Canals Trust.

Dredger no 5 known as Augustus Gloop - after the greedy character due to the volumes it can dredge - has been launched alongside two mud barges.

After launching on a stretch of water between Eastington and Dudbridge Cotswold Canal Trust volunteers are hoping to get dredging on the canal soon.

They are hoping to start with a section of the canal near to Stroud Brewery, where one of the mud barges has been situated. 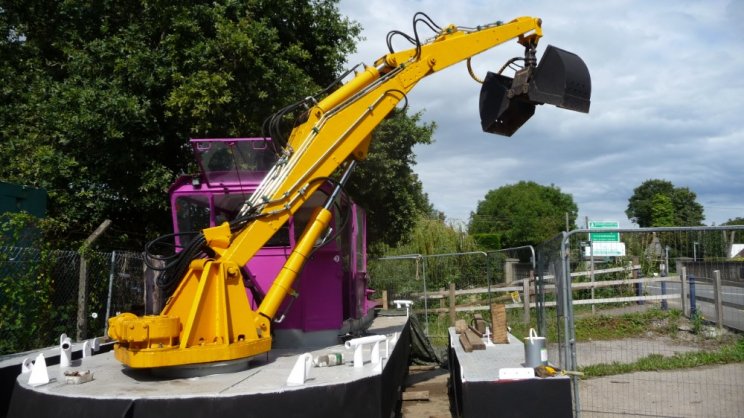 Greg Pilley, Managing Director of Stroud Brewery said "This brings us the opportunity for water travel to the Brewery.

Jim White, CCT Chairman said "I am really proud to be the chairman of a charity that has skilled and passionate volunteers, who are willing and able to get stuck in.

"Effectively rebuilding a Weri Combi Dredger (Dredger No.5) and making it as good as new. It is this enthusiasm that will ensure the Cotswold Canals become navigable once more." 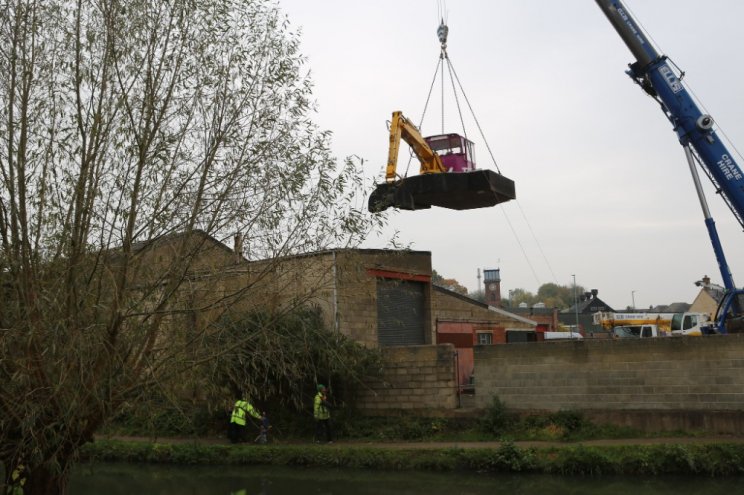 Dredger No.5 has been in operation on the Stroudwater Navigation canal for over 20 years and was second hand when she came to our neck of the woods from Germany, she was originally commissioned in 1972.

A year ago, the tired dredger was lifted out of the water and taken to Cotswold Canals Trust Western Depot for some much need care and attention.

Thanks to the efforts of four lead volunteers and 30 support volunteers, one new engine, one new engine cover, brand new control mechanisms and hydraulics and much more, it is working again. 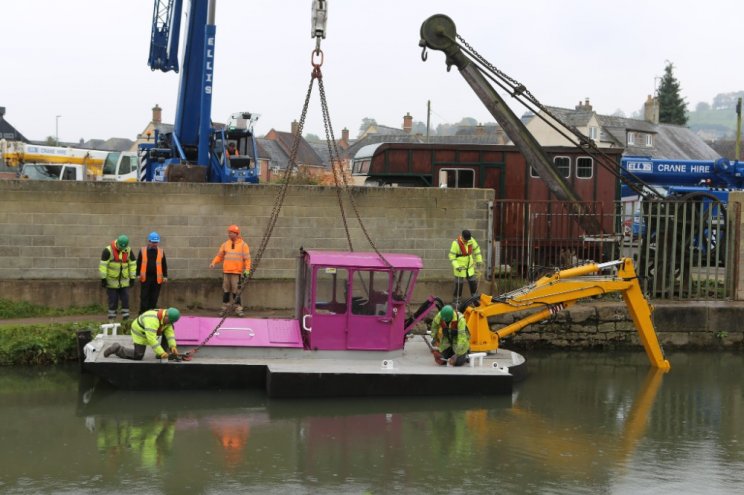 During the restoration of Phase 1B (Saul Junction to Stonehouse) 45,000 cubic metres will be dredged from the canal bed.

This re-furbished and hungry fleet will Increase Cotswold Canals Trust's dredging capacity by as much as 50 per cent.

When the canal is open to the national waterway network, our volunteers will be working day-in day-out to dredge the canal and it will be a never-ending task.

The dredging team is key to maintaining the canal and keeping it open for the potential influx of boating tourists to the area once it is open to the rest of the waterways in Britain.

CCT are looking for new volunteers to join the restoration teams, get in touch with them on 01453 752568 or go to the website to register as a volunteer.