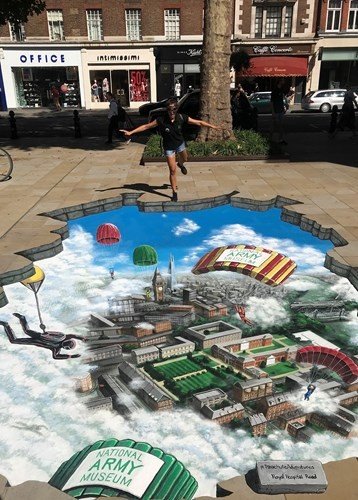 Big holes are about to open in a Gloucester city centre street - providing a glimpse into the city's history and folklore.

The five holes are being created in Westgate Street by 3D artist Joe Hill and will give a view into legends such as a tunnel linking the Monks Retreat bar at the Fleece Hotel with the Cathedral.

One of the holes, which all be on display from September 18-21, will reveal the monks fetching flagons of foaming ale and taking them back to their cloisters.

Other holes will show buried archaeological features or depict famous stories such as Beatrix's Potter's Tailor of Gloucester.

An accompanying exhibition, talk by Gloucester City Council's archaeologist Andrew Armstrong as part of Gloucester History Festival and consultation in the former David Edward's jewellery shop will explain more about the history of the street.

It will also outline future activities related to the planned restoration of Westgate Street's heritage restoration projects which are due to be announced later this month.

Council leader Councillor Richard Cook said: "This is a fantastic way of bringing Gloucester's rich history to life in anticipation of our upcoming restoration project, which is helping to preserve that history for future generations."