UPDATE: Murder investigation continues after human remains found in the Forest of Dean

A murder inquiry is continuing today after police who stopped a car on the English/Welsh border on Tuesday (May 13) found a woman's torso and other body parts in two suitcases. 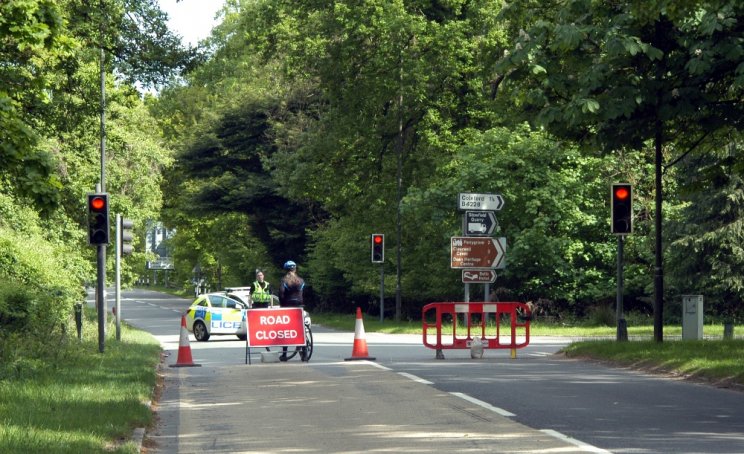 Police arrested a man and woman at the scene and sealed off a large area of the Forest of Dean close to Monmouth.

Those arrested are a woman in her twenties from Birmingham and a man in his thirties from Wolverhampton.

The couple remain in custody today and police have been granted a further 36 hours to continue questioning them.

A police search has centred around the Stowfield Quarry and surrounding area of Staunton, nr Coleford, Glos. Police erected three tents at the entrance to the quarry.

In a statement this evening Gloucestershire Police said "Shortly after 10.30pm on Tuesday 12 May a member of the public reported suspicions to police about a vehicle due to its manner of driving.

"It had been travelling on the A4136 near Coleford and officers in the local area were advised.

"The vehicle was located by police a short while later and two people were spoken to.

"Two suitcases were found to contain human remains and two people were subsequently arrested. They remain in police custody. A vehicle was also seized.

"Investigating officers believe there is one victim, a woman, and forensic examinations are ongoing to confirm her identity."

Senior investigating officer, detective chief inspector John Turner said: "The nature of this incident is distressing and we're working around the clock to fully understand what has happened.

"Someone's life has been lost and our priority is to identify the victim and get answers for her family.

"Searches have taken place in the surrounding area for evidence gathering and contrary to media reports no remains have been found as part of these searches.

"Our Major Crime Investigation Team is working in collaboration with the West Midlands Police homicide team to carry out further enquiries."

Earlier today, police said: "Due to the ongoing investigation road closures and scene guards are likely to remain in place for at least the rest of today.

"Gloucestershire Constabulary would like to thank local residents and those impacted by the cordons for their patience during this time."

Stowfield Quarry, the centre of the police investigation, is close to both the River Wye and the River Monnow as well as a fishery, a former sawmill which now contains storage units, several houses and a campsite. All are within the area sealed off by the police.

The road closures have caused travel chaos at the start of the return to work permitted by the latest Coronavirus regulations in England.

Workers had to find detours through the lanes.

One resident said yesterday: "The tents weren't there when I went out this morning but they had appeared by the time I got back. I don't know what's going on but they say I can't even walk along the road.

"Somebody said they had found a body and the police say the road will be closed all day."