An urgent appeal has gone out to the business community from a search and rescue team relied upon by all the county's emergency services.

One of the key vehicles used by SARA, the Severn Area Rescue Association, in its operations on water and land county wide is no longer fit for purpose.

In service for five years the team's small rescue hovercraft, given to it by the Gloucestershire Fire and Rescue Service, itself needs rescuing - and the bill is estimated at £5,000. 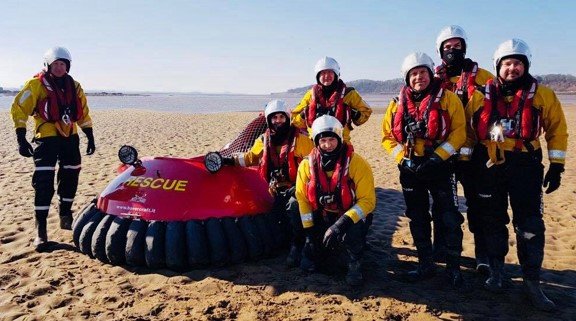 It has been taken out of service and, according to the charity "leaves a big gap in SARA's rescue capabilities, potentially putting lives at risk".

Shaun Egan, hovercraft manager for SARA, which relies entirely on donations for its own survival, said: "Our crew have done their best to rectify the faults but the hovercraft now needs significant expenditure to bring it back up to operational standard.

"We don't have the ability to fund the work, due to other commitments to maintain frontline assets, crew survival equipment and training."

The task of refurbishing the craft was to have been sponsored by "one of Gloucestershire's leading companies" as a project for its engineering trainees, but it is no longer able to fund the work.

Which leaves SARA looking for a new sponsor to either provide the funds or take over the task of bringing the hovercraft back to "full operational status".

Tasks needing to be tackled include an electrical overhaul, replacement of some equipment, exploration of low-power problems and the replacement of worn-out skirts. 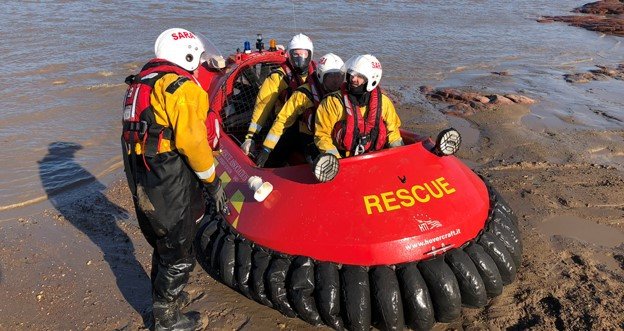 What's in it for the business that steps forward?

"SARA would be delighted to offer the new sponsor the opportunity of having their company logos placed on the hovercraft itself.]

"Since the hovercraft is regularly used for fundraising and awareness-raising in local town-centres and events, there is considerable opportunity for ongoing publicity and PR for the new sponsor," said a statement from the charity.

The hovercraft is significant for SARA because of the massive tidal variation on the Severn.

"There are many hours in every day when there is insufficient water to provide enough depth for the inshore lifeboats kept at Sharpness to operate in.

"A hovercraft can move quickly and efficiently over all terrains: water, mud, sand and grass, so it makes a great choice for rescue work when the tide is low or falling," said the statement.

The only limitation on a hovercraft is when wind conditions are too great.

So it has, reluctantly, taken out of service. This leaves a big gap in SARA's rescue capabilities, potentially putting lives at risk.

Some technical details of the hovercraft: