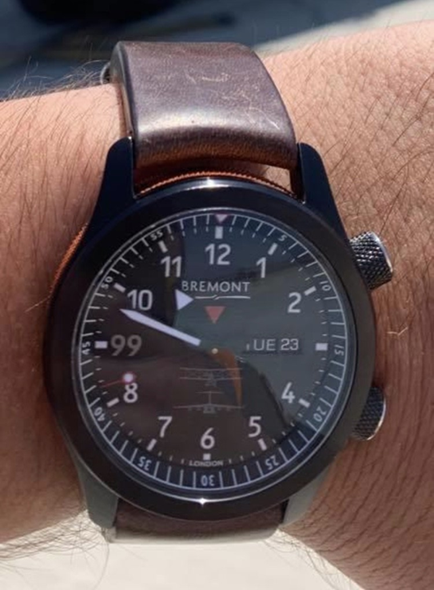 Police are appealing for information on two commemorative watches stolen during a burglary in Pamington, just outside Tewkesbury, last month.

The watches were among a number of items taken, including a Mini Cooper, and had been given to Matthew Spratt as part of his role with the Royal Air Force.

His wife, Naomi, said that she that one of the watches, a custom-made Bremont, held great sentimental value to him. She said: "It was bought for my husband's 40th birthday. He is in the RAF and the watch was produced to commemorate his squadron's centenary. Only 99 were produced and his was number 96, which was the year that he joined the Air Force."

The watch has a brown leather strap and a black face with a C-17 aircraft and a Second World War aircraft on the front in grey. The back is clear to show the workings. S8428629 is engraved on it, as well as the squadron's motto: Quisque Tenax. 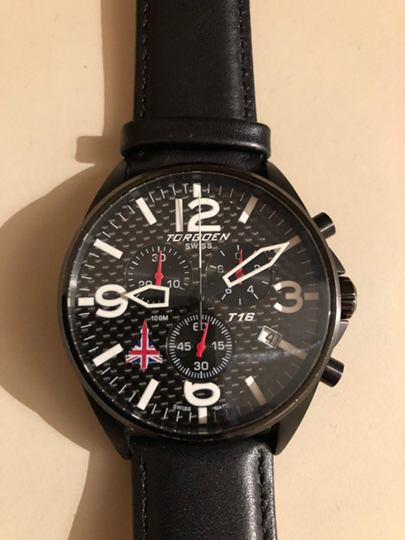 Also taken were two Torgoen T16 watches, one of which had been given to Matthew by the RAF Typhoon Display Team after he had helped with the logistics of an air display. Just 24 of the watches were made. It has a Typhoon aircraft on the front, in the colours of the Union Flag, and had serial number XI on the back.

A number of items of jewellery were also taken during the burglar, which took place between 3.30pm on Saturday 5 September and 3.20pm on Sunday 6 September.

Naomi added: "Some of the jewellery had belonged to my Mother, who passed away last year, and, also, my Grandmother's wedding ring. These items have real sentimental value to us and we are devastated at having them stolen. Emotionally, they are irreplaceable."

Officers are keen to speak to anybody who has been offered the items for sale, particularly the watches, which are clearly distinctive.

Anyone with information is asked to call police on 101 and quote incident 263 of 6 September or submit information online to Gloucestershire Constabulary through this link: https://www.gloucestershire.police.uk/contact/af/contact-us/us/a-crime-that-has-already-been-reported/

You can also report information anonymously via the independent crime-fighting charity Crimestoppers on 0800 555 111.