Appeal after graffiti is caused at Bourton on the Water Cemetery 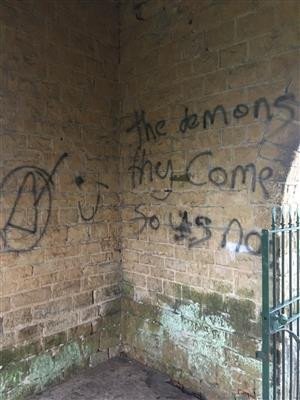 Officers in the Cotswolds are appealing for information after damage was caused at Bourton on the Water Cemetery.

Police were called shortly before 9.55pm on Saturday evening (12 December) where it was reported that two teenagers had been seen spraying an aerosol can inside the Lych Gate and upon attendance graffiti in black paint was found inside the building.

It has also been reported that the same building was targeted at some point between 7pm and 9.20pm on Sunday (12 December) with graffiti in silver paint being found.

Investigating officers are asking anyone who was in the area at the weekend and witnessed this to contact them.

Anyone who has information can report this through the Constabulary's website quoting incident 474 of 12 December: https://www.gloucestershire.police.uk/contact/af/contact-us/us/a-crime-that-has-already-been-reported/

Alternatively, you can call 101 quoting the incident number.