An antiques dealer who dishonestly handled a set of medals awarded to one of Britain's greatest composers, Sir Edward Elgar, was sentenced to a six-month jail sentence on Thursday (September 2) - but walked free from court because he had already served that length of time while in custody in remand.

The medals, an Order of Merit, and the Grand Cross of The Royal Victorian Order, were stolen from Elgar's birthplace at Lower Broadheath, Worcestershire, on June 27, 2019 and later found their way into the possession of Craig McShane, 43, of Ennerdale Avenue, Longlevens, Gloucester, who ran an antiques business in Cricklade.

Elgar's birthplace at The Firs, Lower Broadheath, is now run by the National Trust as a museum in memory of the composer of such loved classics as the Enigma Variations and the Pomp and Circumstance Marches.

The medals, along with a signed photograph of the composer, were subsequently recovered and returned to the National Trust and the Elgar Foundation in Worcester. 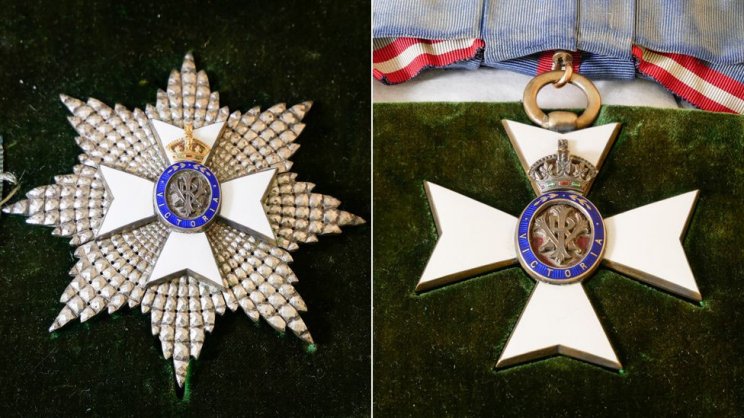 Sir Edward Elgar was born in 1857 in Broadheath and his compositions, including the Dream of Gernotius, led to him being appointed Master of the King's Musick in 1924. He died ten years later in 1934.

Having initially denied the three charges against him, McShane, 42, pleaded guilty at the hearing at Gloucester Crown Court to a single charge of dishonestly handling stolen goods, namely the Order of Merit medal and the Grand Cross of The Royal Victorian Order, to the value of approximately £50,000 belonging to the National Trust and Elgar Foundation, between June 27, 2019 and February 20, 2020 at The Firs, Elgar's birthplace, Lower Broadheath in Worcester knowing or believing them to be stolen.

The other two charges were ordered to lie on the court file without being proceeded with. McShane also admitted that he was in breach of a suspended sentence order.

Lloyd Jenkins, defending, said: "McShane became involved in this because he kept the wrong sort of company, but it has been proven that his involvement in this offence was fairly limited."

Mr Jenkins explained at an earlier hearing that McShane took possession of the items at his premises in High Street, Cricklade, Wiltshire, where handling stolen antiques and ceramics often became a hazard when dealing items of this nature.

"This case has been going on for so long that McShane just wants to move on with his life," Mr Jenkins added at yesterday's hearing.

"I believe there is some substance to his mitigation and he has spent a considerable amount of time being remanded in custody while awaiting for his trial. This equates to a ten-month prison sentence.

"He had become quite distressed over all of this that he felt he had to install a panic alarm into his home."

Prosecutor Caighli Taylor told the court that a lot of work had been undertaken in getting to the bottom of everything and bringing this to a successful conclusion in court.

Judge Ian Lawrie QC told McShane: "I am pleased for a whole raft of reasons that this case has finally been resolved.

"Putting it mildly, this case has had a multitude of complications. But you ultimately paid the price for being involved with the wrong sort of people.

"It was your poor decision making that brought you to this court in the first place. In reality this unfortunate association has meant that this offence crosses the custody threshold and merits a six-month prison sentence.

"However you have served longer than this in prison already, that means you will be released from custody today a free man."

The judge also ordered McShane to pay £1,000 costs and a victim surcharge of £115. He also fined him £50 for breaching a suspended sentence order.

Judge Lawrie quipped: "Who knew that a few valuable medals belonging to Sir Edward Elgar would create this amount of work?"

McShane will have to face Proceeds of Crime confiscation proceedings at a hearing in the New Year.