Another successful year for steam railway

The Gloucestershire Warwickshire Steam Railway (GWSR) has enjoyed another successful year with buoyant passenger numbers on its steam and heritage diesel trains running through the Cotswolds between Cheltenham and Broadway.

Although numbers were down compared with 2018, the year that the railway opened its brand-new Broadway station, they were nevertheless significantly up compared with 2017 and ahead of expectations, suggesting a continuing upward trend in visitors to one of the region's most popular attractions. 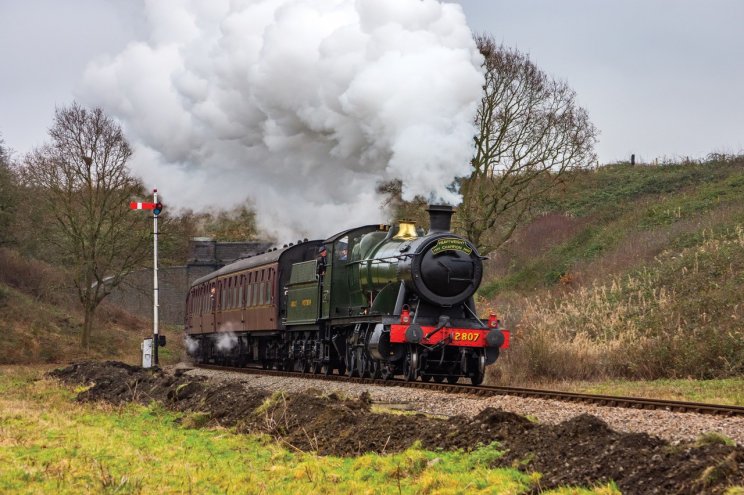 Graham Radband, volunteer commercial director of GWSR Plc which operates the line, said: "We're delighted with the success of our first full season of operating over the whole 14-mile length of the line, through some of the finest countryside of the Cotswolds.

"We expected numbers to be down a little after the excitement and novelty of running trains to Broadway for the first time, from Easter last year.

"Nevertheless, over the year we carried 125,000 passengers (excluding children aged under five) on our trains, compared with 144,000 last year, the year we opened to Broadway; and 101,000 in 2017 - so overall we are very contented with the way that our railway is progressing.

"It's an astonishing achievement for an organisation that's run and operated by volunteers!"

The railway's Santa Specials over December once again broke records with nearly 11,500 tickets sold for the special trains to visit Father Christmas at the 'North Pole'.

Since the opening of Broadway station, travel patterns on the railway have changed with a big increase in the number of tickets sold at Cheltenham.

Mr Radband added: "The first train of the day is often packed with travellers looking to spend a day in Broadway - similarly the last train back from Broadway is often very busy too."

During 2019, the railway embarked on a number of projects, including the acquisition of the former offices of D M Cook Builders at Winchcombe station yard. These are being refurbished by volunteers to act as administration offices, which are currently housed in Portacabins.

And, at the end of the year, when the lease came to an end, the site of Toddington Garden centre was returned to the railway.

Mr Radband explained: "The land will be re-developed to provide much-needed new restaurant and retail space as well as an education centre to help visitors understand how the railway came to be built, its contribution to the local community, its eventual closure by British Railways and development to become the heritage line we enjoy today. There will be additional car-parking too, which is often in short supply, especially on busy days." 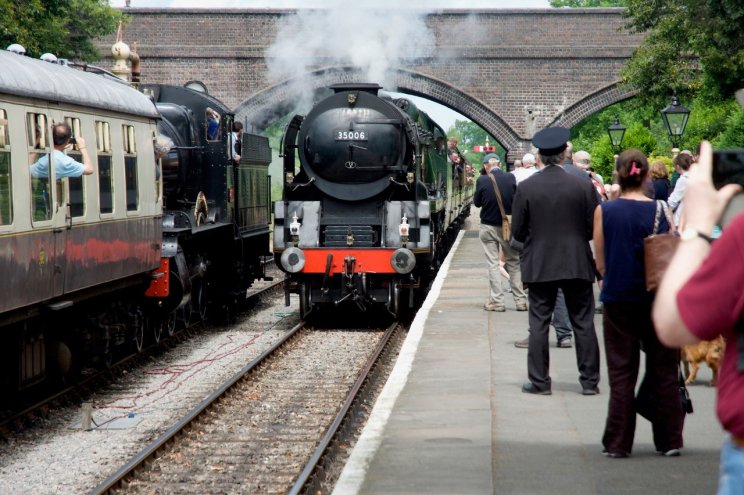 Also at Toddington, a new locomotive department facility with classrooms, mess facilities, showers and changing rooms is being built on to the existing goods shed, using brick sympathetic to the original that was built in 1903. Other longer-term projects include a carriage shed at Winchcombe and better facilities for the Permanent Way and Signal & Telegraph departments.

The railway is currently closed for winter maintenance which includes re-waterproofing the deck of the 15-arch Stanway Viaduct, track replacement and re-sleepering at various places as well as maintenance of buildings and signalling equipment. The railway's locomotives and carriages are also undergoing vital maintenance during this period, too.

2019 also saw popular veteran Great Western Railway locomotive no. 2807 withdrawn for its statutory ten-year overhaul. The engine, built in 1905, is the UK's oldest former Great Western locomotive in working order and has been a reliable performer in service, clocking up more nearly 42,000 miles over the decade - added to the 1.5 million miles it put under its belt between 1905 and 1963 when it was withdrawn from service. It is expected to be out of traffic for around two years.

The GWSR re-opens on March 7 with an increased number of operating days as well as a lively programme of special events.

Full details of GWSR's services during 2020 can be found on its website or pick up a timetable leaflet. Trains run weekends throughout the year as well as Tuesdays, Wednesdays and Thursdays and some additional days April-October.