Another big name is set to shut up shop and leave its prime position on Cheltenham's promenade.

Jack Wills have confirmed that their Cheltenham store is set to close as owners the Frasers Group - formerly Sports Direct - seeks to cut the cost of its store rents.

Mike Ashley's retail group rescued Jack Wills from administration last year and have been working with landlords since in a bid to cut rents.

A Frasers Group spokesperson told Retail Gazzette: "We have worked hard with landlords to try and keep as many stores as possible open.

"Unfortunately, not all landlords involved have been as helpful as others." 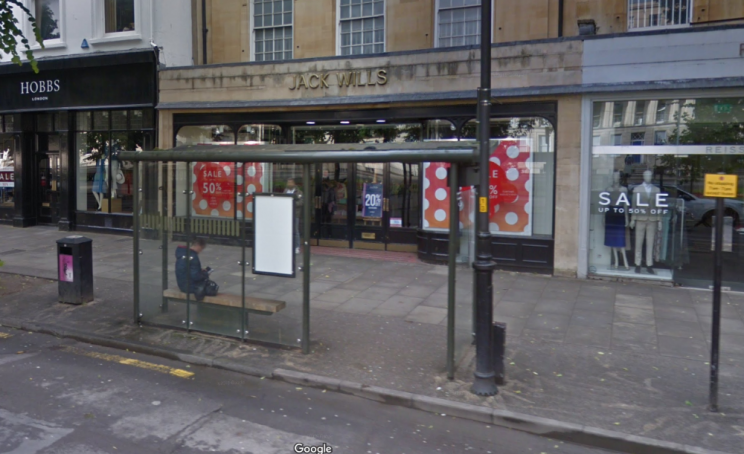 The rescue deal in 2019 saw all of the UK and Ireland stores and infrastructure transferred to what is now Frasers Group.

All 1,700 staff were transferred as well with the group saying it was "committed" to finding new roles for any members of staff who would be affected by the cuts.

Jack Wills operate from a prime position on the Promenade, in an outlet previously occupied by Waterstones.

That means they are just a stone's throw from the LK Bennett, Coast stores, which have departed the Promenade in the last 12 months.

The GAP store nearby is also marked for closure with the premises put up for sale last year.

But he also called on central government to deliver on the calls for a review in to business rates.

"It is obviously very disappointing to learn that a national brand has had to close a key store in Cheltenham," he said.

"This is very much a national issue rather than a local one, with Jack Wills announcing that it is closing five other stores in other major centres across the south.

"But the BID is working with Cheltenham Civic Society and several other partners including Cheltenham Borough Council to try to support future investment in the town centre, with a focus on The Promenade, where there have been a number of closures announced.

"We have been in direct contact with landlords to suggest ways we can work with them on potential change-of-use for parts of the buildings.

"It is also important to ensure that empty units are kept as smart as possible.

"We have arranged for vinyls to be put up on the former Austin Reed store, thanks to the financial support of Cheltenham-based landlord Cheltine, which has a number of properties on The Prom and elsewhere in the town centre. This work will be done in the next few days.

"It is also time for the Government to help with its long-overdue review of business rates, which is again mentioned as a major factor in Jack Wills' decision to make the closures.

"In areas like The Prom in particular, the levels of business rates represent a completely disproportionate share of the tax burden."

Councillor Steve Jordan, leader of Cheltenham Borough Council added: "Cheltenham is doing better than most places, but we aren't sheltered from the struggling national economy and move to internet shopping.

"It's clear that many shops are struggling nationally and that businesses rates are part of the concern.

"Together with the BID, Civic Society and others, we are working with landlords to promote a variety of uses in the town centre.

"We also want landlords to be more realistic about the rents they charge but a number are based overseas and/or are institutional investors, and engagement with particular landlords is proving challenging.

"Recent examples of changing uses include the start of works at The Quadrangle, bringing new activities to the town centre - the ice-skating rink at Imperial gardens next Christmas and Light up Cheltenham, Metro Bank's imminent arrival onto the high street, new entertainment spaces in Regent Arcade and proactively encouraging new residential development above retail stores (for example above Radley on the Promenade.

"Of course we will be sorry to see Jack Wills go but they were recently taken over by Sports Direct (now Frasers Group) and are subject to store closures across the country. However Cheltenham still has a fantastic retail offer that presents both national and independent retailers, vibrant festivals, an award winning evening economy, and beautiful parks and green spaces.

"Figures releases last month show that in 2019, visitor figures increased by 7% and tourism in the borough is now worth over £162 million.

"Also Cheltenham's vacant retail units stand at only 8 per cent against a national average of 12 per cent, showing that the town continues to draw investment."