Lydney Paralympic champion Andy Lewis has retired from sport to try something different.

It is four years since he took gold in the first Paralympic triathlon in Rio - the heat, humidity and a formidable line-up of competitors making it his biggest challenge in a lifetime of setbacks. 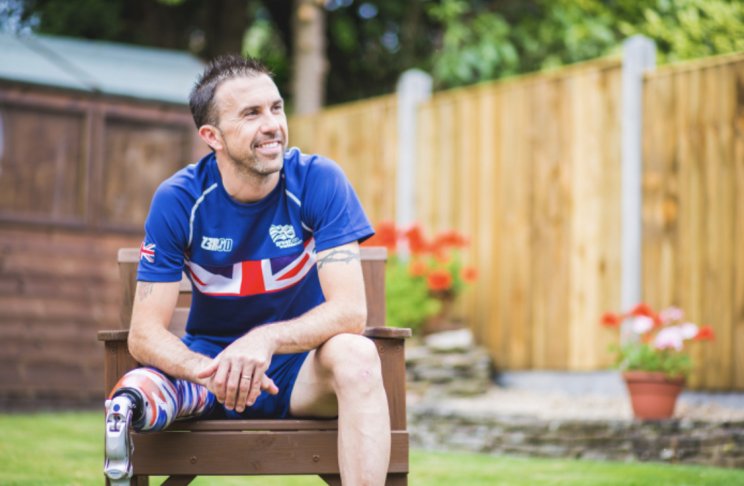 The pinnacle of a triathlon career which also boasted British, European and international titles, and earned him an MBE, his performance in Brazil saw him break the ribbon a full minute ahead of his nearest rival.

As the first to ever reach the podium in his discipline, let alone the top spot, Andy served his country in an altogether different way to his original plans.

Without the chance to defend his title at the now-cancelled 2020 games, Gloucestershire's world champion has made the decision to retire and change direction, channeling his energy into something new.

Using lessons learnt from a complex life battling physical and mental setbacks, Andy has created a powerful, emotional and brutally honest message to share with the world.

He said: "I can change people's lives, and it's time for me to make good on my word. There is nothing more important than your mental health. Nothing. And I want to use my experiences to help people monitor, manage and improve it. Whilst I learnt the very hard way, I'm grateful for the lessons which have made me 10 times stronger than I ever could have been. Nothing has levelled me yet, and that kind of resilience is what makes you successful, whatever your measure of that is.

"In a time of isolation, remote working and home schooling, so many companies feel helpless as they watch their employees struggle with this new normal. Motivation and mindset are muscles which need training like anything else. That's why Bespoke Mentoring was born."

Bespoke Mentoring can support organisations to get the most out of their people, by investing in their mental health.