Many of us may be feeling the pinch during the coronavirus lockdown but the world's richest man has seen his wealth increase due to the demand for online shopping. 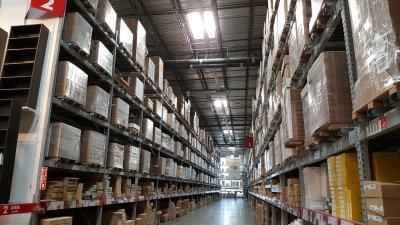 Amazon founder Jeff Bezos has seen his wealth rise by $24billion (£19billion) to $138billion according to the Bloomberg Billionaires Index.

He owns an 11 per cent in Amazon which saw its shares rise by 5.3 per cent on Tuesday as online orders rise with shops closed during the lockdown.

He is not the only person on Bloomberg's rich list to see their wealth rise during the crisis.

The Walton family who own retail giant Wal-Mart, which includes Asda in the UK, has seen its net worth rise by five per cent this year to $169billion, making them the world's richest family.

And Eric Yuan, founder of online meeting site Zoom, has seen his fortune more than double to $7.4billion this year as millions work from home.

The surge in online shopping has also seen Next close sales on its website for the second successive day.

Next reopened its online sales yesterday for a limited number of items.

It had surpassed the number of sales its reduced warehouse staff could process by 8.30am yesterday and within the first hour of trading today.

But the Bloomberg index reported that it is not all good news for the super rich with the world's 500 richest people losing a combined $553billion this year.