Cheltenham MP Alex Chalk has pressed the Chancellor of the Exchequer to outline how a government initiative (University Enterprise Zones) can support Cheltenham's future cyber park.

In response, Phillip Hammond MP confirmed that the University of Gloucestershire will be able to access a £5 million pot of government funding 'to develop locally led proposals to build on strengths like cyber-security, technology and engineering'. 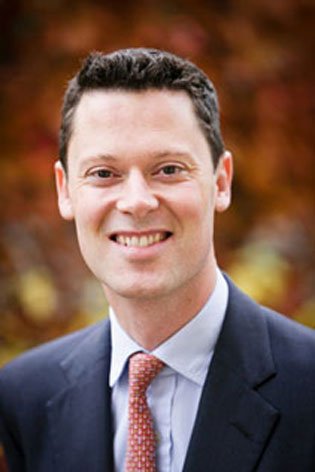 Alex Chalk raised the issue during Parliamentary Questions to the Treasury last week. He asked the Chancellor: "Cheltenham's government-backed future cyber park will deliver jobs and opportunities for local people. What role will the government's university enterprise zones play in ensuring that this project is backed to its full potential?"

The Chancellor responded: "I welcome the work that is going on in Cheltenham to build on the magnetic effect of GCHQ and to attract innovative cyber-based firms to the area. In autumn Budget 2018, I announced £5 million to support proposals for University Enterprise Zones, which will encourage collaboration between universities and businesses, promote knowledge and skills exchange, and deliver a boost to local productivity. The funding will allow excellent institutions such as the University of Gloucestershire to develop locally led proposals to build on strengths like cyber-security, technology and engineering."

Alex Chalk said: "The government has already committed £23 million to develop my vision for Cheltenham as an 'internationally recognised centre of cyber security excellence'. This will put our town at the heart of the country's £20 billion a year cyber-economy. It'll be a huge boost for local jobs and investment.

"I want to ensure that the University of Gloucestershire is fully involved. This is a great opportunity to build a conveyor belt of local talent for the UK's cyber economy. It is likely to be one of the fastest growing sectors in the world and I want Cheltenham's young people to be at the front of the queue."