A new-look high street, greener transport and making the most of major infrastructure investment can all shape a buoyant post-coronavirus Cheltenham.

That is the view of Cheltenham MP Alex Chalk, who was speaking at the latest in a series of Q&A sessions with Gloucestershire's MPs organised by Punchline-Gloucester.com. 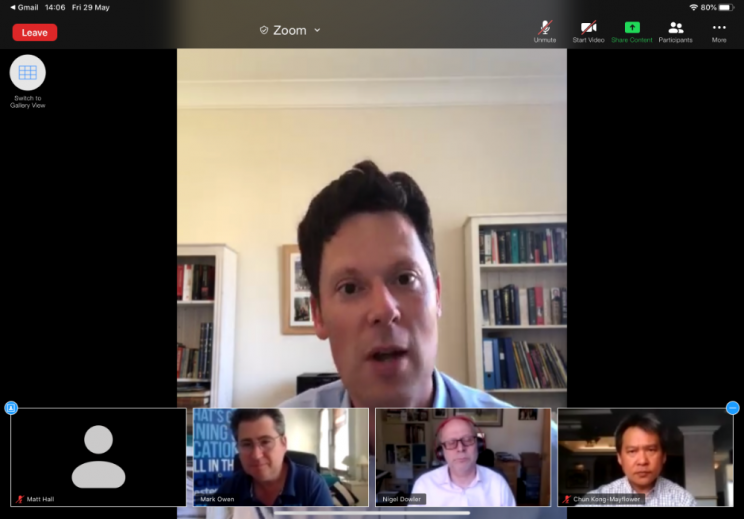 Chaired by Punchline editor Mark Owen and sponsored by Cheltenham-based chartered surveyors and planning consultants Evans Jones, the Zoom session was joined by business figures from around the area.

They got the chance to quiz Mr Chalk on the impact of coronavirus on the economy and what measures were being taken to help the town's businesses survive and recover as restrictions are gradually relaxed.

Mr Chalk said: "I wrote some time ago that as we are looking to come out of this, I reminded myself when Franklin D Roosevelt said the only thing to fear is fear itself and we need to build ourselves out of the economic problems.

"A clear decision was made in the USA in the 1930s to reflate the economy by enhancing big schemes.

"In Gloucestershire we have the beginnings of our own mini-New Deal in terms of the money available for infrastructure projects which we need to hold on to with the likes of the Cyber Park and Junction 10."

"Cheltenham and Gloucestershire are very well placed to be a happy and successful modern community."

Keep reading Punchline to find out details of Q&A sessions with Gloucestershire's remaining MPs - and how you can be involved.

Highlights of the Q&A session 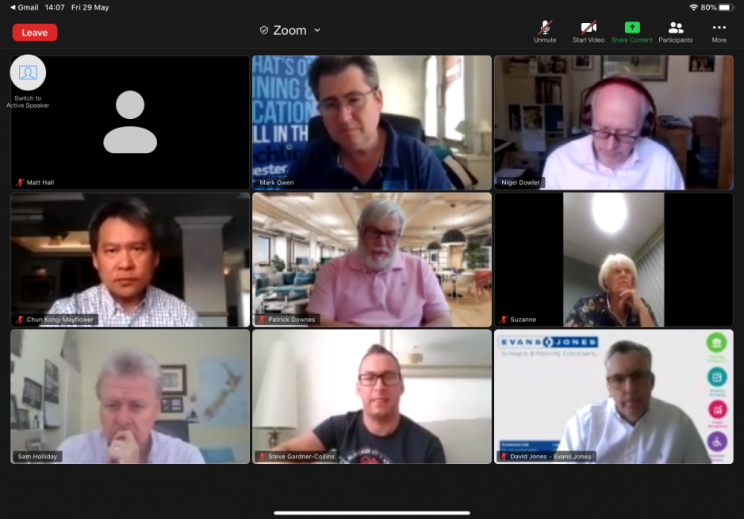 "As a town planner I speak regularly on the future of the high street, highlighting the importance of place-making and the need to bring people back into town and city centres.

"Analysts expecte retail vacancy rates of 25 per cent plus and £5 in every £10 of all non-food retail spend being made online.

"Town centre uses have been particularly hard hit, the lockdown will see many town centre businesses fail (some which would have failed eventually anyway). What stimulus can the Government offer to regenerate an already failing high street?"

Alex Chalk: "Is Cheltenham going to look the same? No.

"I am very robust about this. Pre-Covid, I said we have to grip the fact that things are going to change.

"We have a high street which is massively long. We have the opportunity to kill two birds with one stone for commercial and retail issues. Can we redesignate parts of Cheltenham?

"I think we should be looking very carefully at whether there are parts where you should give the opportunity for people to turn retail premises into residential. We've got to think about those areas where young people are more prepared to live - in the town centre.

"There is no way we are going back to the world which existed in 2005. This has shifted us further along that path.

"There will remain a town centre, we just need to ask if it needs to be as long as it is. We are going to have to concentrate our retail offering over a smaller footprint."

"There are still a large group of people who don't feel they have benefited enough from government support and that's the self-employed. Do you detect any sign of any further support?"

AC: "I haven't spoken to the Chancellor specifically on this point recently but with respect to those who pay themselves through dividends, I am deeply sympathetic.

"It is very difficult to ensure you are not bringing a whole lot of people into the compensation pot who you shouldn't be compensating.

"It's really difficult and I've raised this again and again. Dentists are absolutely whacked by this.

"It was raised in the Treasury Select Committee and the Liaison Committee hearing and the Prime Minister said he was aware of it and his officials were continuing to look into it.

"That was positive but I don't want to give any false hope. I first raised this five or six weeks ago and there are a group of us who are very keen on this.

"I am cautiously optimistic but I can't give you any more than that." 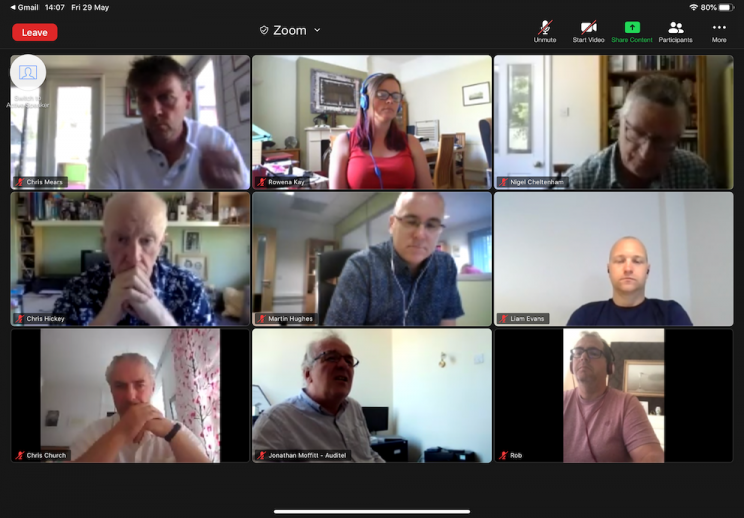 "There are 149 retail, hospitality and leisure businesses in Cheltenham who do not qualify for any of the government support announced during the COVID-19 epidemic.

"Cheltenham BID has supported the #RaiseTheBar campaign which calls for these businesses - all with rateable values between £51,000 and £150,000 - to qualify for a grant.

"The campaign has now seen 86 backbench Conservative MPs give their support. Will you as a Minister urge the Government to change the regulations to help these crucial businesses?"

AC: "We do have to recognise the money that has been provided is by international standards incredibly generous.

"Ultimately, someone is going to have to pay for this and we have to ensure what we are doing is keeping the show on the road.

"That's why the discretionary pot has gone to Cheltenham for those hard-hit places, I think it's just over £1m.

"The next consideration is whether those cases can be accommodated by raising the bar a bit. If you raise it a little bit, how many businesses do you bring in to it? There are hard boundary issues wherever you place the boundary."

"Will he support the call for a reduction in the car parking times in the centre of Cheltenham to 6pm at the latest to help stimulate the cultural life of the town.

"Our theatres, cinemas and restaurants need all the support they can get to encourage people in to the town at night."

AC: "I am in violent agreement with you abut this point. I am not about to start making political points, but in February 18 after a lot of pressure to do exactly that - and on Sundays - Cheltenham Borough Council voted to do that but it was never brought into force.

"It is one of the perverse aspects of life that people will spend an immense amount of money on a tall, skinny latte or whatever but they won't pay for parking.

"The way you deal with the financial aspect is make the empty properties for residential. For so long, Cheltenham has not been commercial. We have the most expensive parking in Gloucestershire by a country mile."

"How does Alex see the "flexible lockdown" working in Gloucestershire and how would it be communicated to the local business and resident communities? Particularly with regard to track and trace."

"It is not only Cheltenham but parts of Cheltenham, like a workforce. Organisations are going to have to work out what is the bubble within the bubble

"I think we are likely to have a permanent testing site in Gloucestershire which is likely to get results back very quickly, the soldiers manning the site at Oxstalls said they are coming back within 24 hours. That will help businesses make decisions." 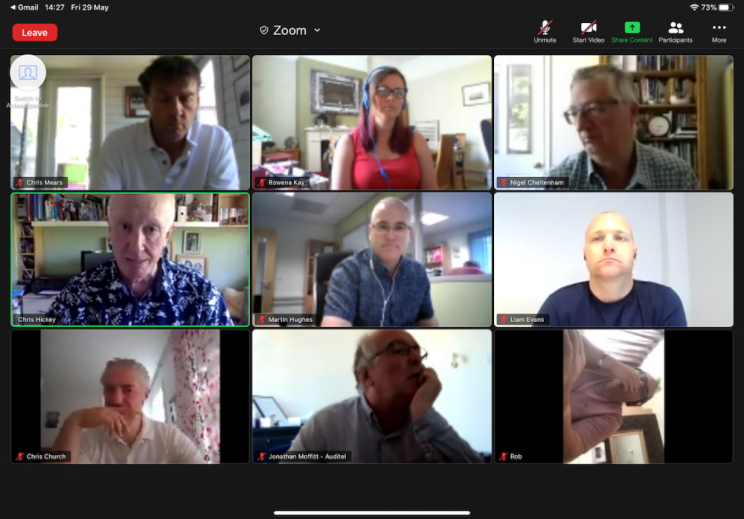 "We know that about 25,000 contact tracers are recruited. Apparently, a lot of them will be working from home using their own computers.

"When and how will a person know if the email or text or call from NHS Test and Trace is genuine?"

AC: "I'm not close enough to know what fraud prevention safeguards they've built in. I would hope if someone calls from the NHS, I don't think that is open to fraud as there is nothing to be gained from it.

"If anyone calls from the NHS asking for bank details or money, that is a fraud. That will not happen. Don't hand over any cash to people on the phone.

"I will raise that with police to see what they are doing."

"You have championed a number of environmental causes around Cheltenham. What opportunities do you think COVID-19 gives us to combine environmental benefits with business recovery?"

AC: "One of the things people say is we've got to build back better. People make the unhappy comparison with the post-war period when there was a blank canvas.

"I really have felt for such a long time, if you have a bit of energy, a bit of drive and a bit of noggin, there's so much you can do to make Cheltenham a great place to get around. If you had more people on bikes, we would be a happier place.

"You've got to weave exercise into transport. It's health by stealth. It needs bravery, a bit of political courage as people go ballistic every time you put a cycle lane down.

"There are so many places in Cheltenham you could put down a cycle lane.

"Let us never make perfect the enemy of the good. We wait for a perfect scheme, it will never happen. We should be incrementally saying we will put in a junction her or a cycle lane there, over time it will improve.

"It's a collective failure of will, just get on and do it."

"Do you support Dominic Cummings or is your position in line with an increasing number of your back bench colleagues who feel his position is untenable?"

AC: "The two worst weeks of my life in politics have both involved Dominic Cummings in some way. The first one was prorogation and the second was this one.

"I accept this has been a very unhappy episode but the British people are alive to that.

People are very, very mindful when they watch the briefings, they know we are on a bit of a cusp with the R rate. They recognise this could get out of hand.

I am a minister in the Government which means there are certain things I can make private representations, which I have, but I would have to leave the Government to do so in public.

"I have the domestic abuse bill going through next week, if I left somebody else would have to come in and deal with that so it is a balancing act.

"The decision for Dominic Cummings is one for the Prime Minister and I don't think I can take that any further. If I was Prime Minister, I might have done something different."

"The utilisation of premises whether these be offices, schools, colleges, factories will change. Our own assessment is that COVID-compliant office occupancy will be about 30 per cent of normal occupancy rates.

"Does the Government intend to consider any additional assistance for businesses to make reasonable adjustments within the workplace and/or provide additional incentives for home working."

AC: "Pre-COVID, you may recall in the Budget, one of the things was the money to be invested in terms of 5G. There is £5billion which has been allocated for just that.

"The principle impetus from Government to achieve what you are talking about is creating the infrastructure, to allow people to be more flexible in the way that they operate. That's going to be the tip of the spear.

"There are going to be sections which are never going to change, but the business stigma of doing it remotely is disappearing. The cultural genie has left the bottle."

Check out Punchline-Gloucester.com  for details of future Q&A sessions with Gloucestershire's MPs.