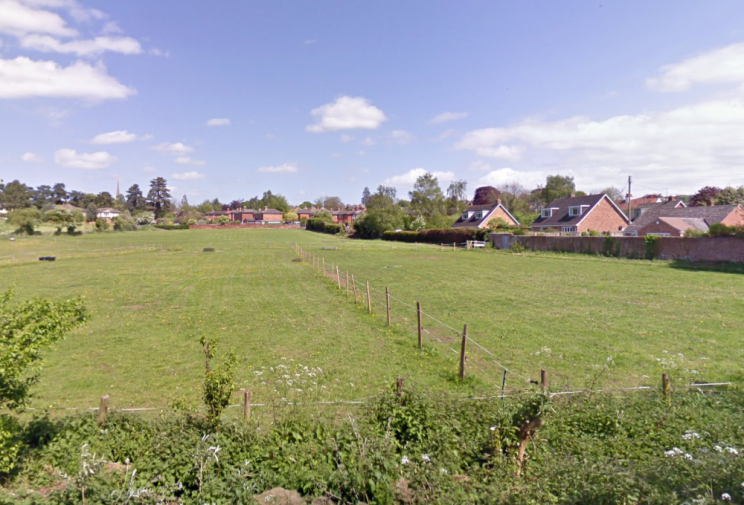 Despite more than 80 objections from nearby residents against the original plans submitted in 2019 and an initial rejection from Herefordshire Council, they have now been given approval.

E G Carter & Co's proposals will see 44 one- and two-storey houses built on land known locally as Stoney Stile, off Middleton Avenue, which once complete will be available for rent or part-ownership.

Ross-on-Wye's neighbourhood plan, approved in May, marked the site for development but only for around 15 homes, as well as open space and allotments.

Planning inspector Philip Major said: "It cannot reasonably be said (and no-one has sought to do so) that 44 dwellings would fit within the allocation description of around 15 dwellings.

"Furthermore, the proposal offers limited open space and no allotments. Plainly the proposal runs counter to the plan and is in conflict with the development plan in that respect."

But this fell against the need for further affordable housing for the area.

"Against the background of a lack of a five-year housing land supply, and a significant need for affordable homes in Herefordshire, I afford the proposed development significant weight," added Mr Major.

"Herefordshire Council's strategic housing officer has supported the proposal, which should be seen against the reported worsening of affordability in Herefordshire."

Both the town council and around 80 residents voiced their concerns during the inspector's inquiry, claiming measures to deal with increased traffic were inadequate, the volume of houses would interfere with utilities for existing properties and the plans were "completely disproportionate".

But despite this, the plans were approved on July 16 subject to conditions.