Drive past junction 12 of the M5 on the motorway and you might be distracted by the edifice that is the incinerator, but close by work progresses on a major new business development.

Developer St Modwen is busy shaping the 60 acres into a site which it believes will support up to 1,250 jobs when complete.

Gloucester architects Roberts Limbrick Architects worked with the developer on the scheme, already home to a handful of businesses.

Now Punchline is able to publish pictures taken by the boss of county-based firm Aerotiques - which specialises in 'upcycling aviation inspired art and aircraft furniture', who also happens to be a pilot and former operations manager at Gloucestershire Airport. 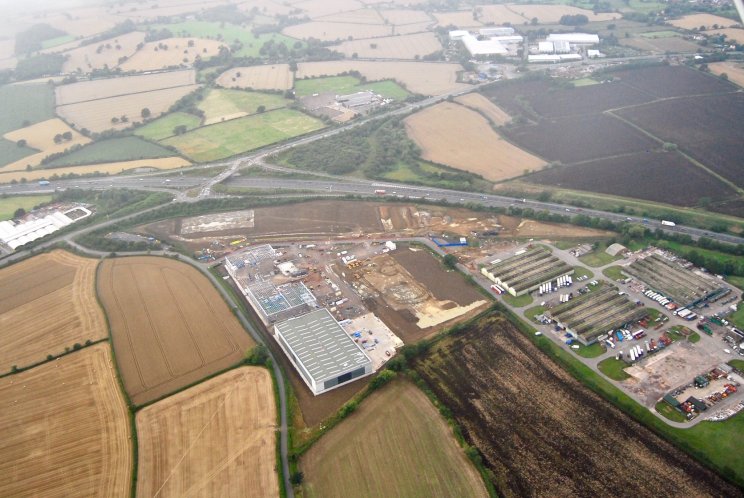 St Modwen is also responsible for the nearby Gateway 12 Business Park across the other side of the M5. It won planning permission for the business park expansion from Stroud District Council earlier this year.

It is a scheme which the company has been working on since the middle of 2016.

"Work on the first 178,000 sq ft of warehouse and industrial space across three speculative units will commence at Quedgeley East early in 2019, which is envisaged to accommodate a total of 935,000 sq ft and approximately 1,250 jobs," said a statement from St Modwen before work began.

Our in house 3D team has just finished producing a #CGI animation for one of our clients using custom drone footage.
This shot breakdown showcases just some of the work that goes into producing one of many shots that went into the final #animation.#robertslimbrick #architecture pic.twitter.com/CWKQLEGDiz 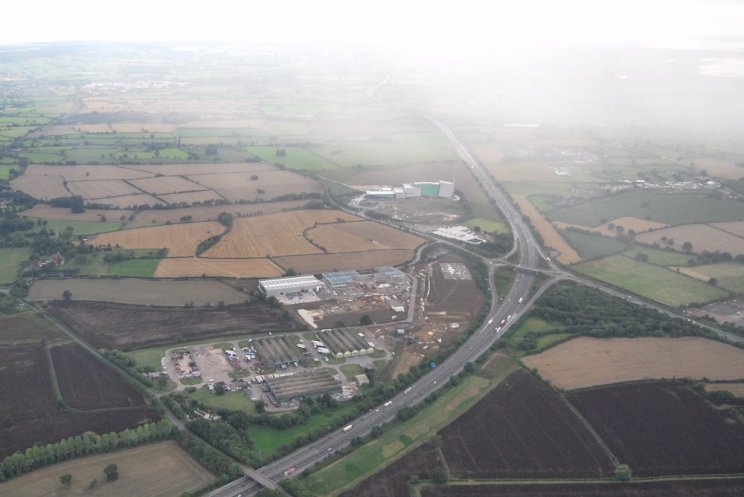 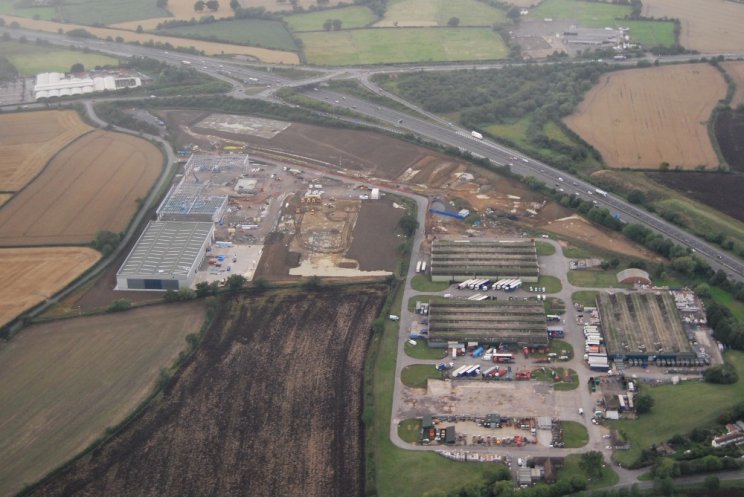 GFirst LEP, the local enterprise partnership for the county, has talked before about the need to redevelop the junctions to help the economy grow.

Highways England outlined its concerns about the potential pressures should too much B1 office space be granted permission for the new development at the new Haresfield business park.

Access to the site is currently off Haresfield Lane. Albeit with an enhanced junction entrance to the new site will be off the B4008.

St Modwen's plans include permission for buildings for general industrial use, storage and distribution.

John Powell, of the removal firm Five Valleys Removals, one of the businesses already operating from the site, said it would be business as usual while St Modwen worked on the surrounding land.

"We have been with St Modwen since it first opened the site in 1997. We have a good working relationship," said Mr Powell, whose firm has enjoyed a good 2018 and currently employs an estimated 11 staff - with plans to expand that next year.

"We hope this will also make it easier for us in the long run as we should be able to relocate into one of the new buildings moving forward."

He added: "My only concerns is volume of traffic on the lane as the entrance is a B-road."

Punchline says: Looking at the bigger picture - this looks like great news for the county. There are some concerns among businesses currently on the site, but otherwise it is business as usual for all of them. What it does flag up is that elephant in the room when it comes to the county's economic potential - the redevelopment of the motorway junctions. Email mark@moosemarketingandpr.co.uk with your thoughts and comments.