A vehicle for the vulnerable: Mobile safe space created with police van deal 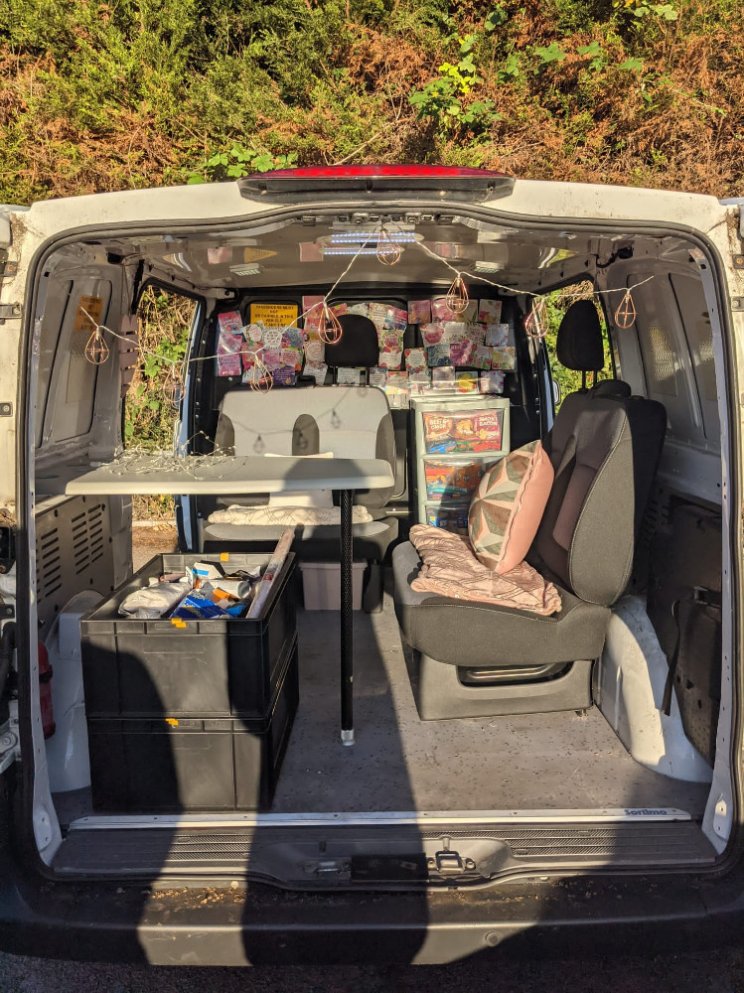 Women who need to sell sex in Gloucestershire will now have a mobile safe space where they can access discreet and non-judgemental support. It comes in the form of a new drop-in van, provided to a local charity by Gloucestershire Constabulary and the Office of the Police and Crime Commissioner (OPCC).

The former police van is unmarked and has been sold to The Nelson Trust for the highly discounted price of £1. It will support the charity's Sex Worker Outreach Project, which the OPCC has backed financially since 2020.

The van was handed over to the charity in September 2021 and has since been furnished with comfortable blankets, lighting, and storage, to allow outreach workers to offer practical support and safety advice to vulnerable women in Gloucestershire.

The van is stocked with free alarms, sexual health information, condoms, nutritious food, drinks, and warm clothing - with the aim of engaging with vulnerable women who might be dealing with addiction, childhood trauma, abuse, and mental health problems.

Kirsten Fruin is head of commissioning for Gloucestershire OPCC said: "The Nelson Trust's Sex Worker Outreach Project has been pioneering in its approach towards positive change, and we're proud to have funded it since 2020.

"This vehicle is the next step towards supporting even more women in Gloucestershire, and we hope that providing outreach on location will help identify vulnerable women who wouldn't normally be aware or able to access support through The Nelson Trust's Women's Centres."

The OPCC has provided £15,000 of funding to The Nelson Trust since 2020 through the Commissioner's Fund, and will continue this support until March 2022, pending further decisions on the future of the fund.

A spokesperson from the Nelson Trust said: "We're already seeing great results from using the van, as it enables more privacy for women who wish to disclose information and be in a safe space off the street.

"We are also able to continue to identify and report risks posed to women from men, who are buying sex. And we've received positive feedback from the women who have received support from the service via the van."

Previously, police vans are sold at auction at the end of their life within the Constabulary fleet, but this is the second time a van has been sold for £1 to support a local charity - the first being Gloucester Food Bank.

Chief Inspector Rich Pegler said: "This is another excellent example of partnership work from the Office for the Police and Crime Commissioner and Constabulary. The van will expand our offer of local accessibility and support to women. PC Kelly Mansell and the Gloucester Neighbourhood Policing team will continue to work with the Nelson Trust to keep women safe and target those responsible for crimes committed against vulnerable women. We have made a lot of progress in the last three years, but we have more to do to keep those at risk safe from harm."

The vehicle was given a new MOT and service by the Constabulary's in-house vehicle workshop and has been taxed and insured by The Nelson Trust, before being drive it away to its new home.