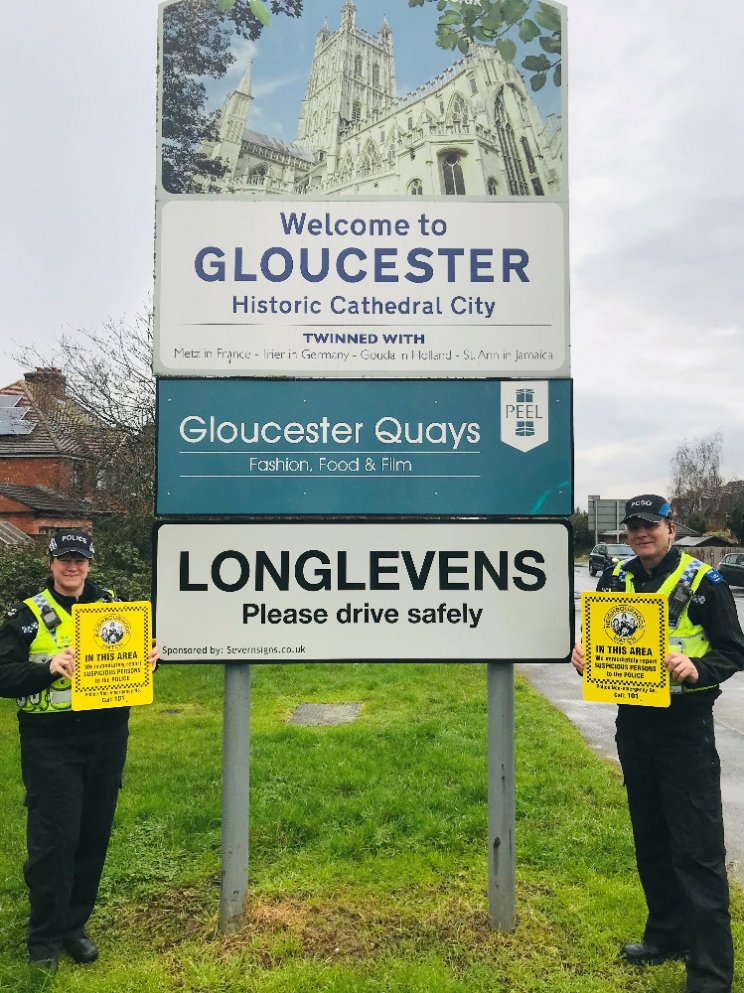 Community minded residents of Gloucester have been setting up Neighbourhood Watch Schemes during lockdown with almost 30 schemes started in the city since Christmas.

Neighbourhood Watch is a national organisation in England and Wales, run by volunteers, that aims to help communities prevent crime. Local organisations work with the police and other agencies to ensure people feel safer in their own homes.

PCSO Josh Griffiths, part of Gloucester City Neighbourhood Policing Team, said he was delighted that so many residents were wanting to form groups.

He said: "We want to thank everyone who has volunteered their time and support.

"Neighbourhood Watch is about more than reducing crime; it's about bringing people together and improving the quality of life in the city. It helps to build communities that are empowered to deal with local issues and tackle problems as they arise with the support of the local police or other agencies.

"We try and make Neighbourhood Watch as easy as possible to set up, and with the use of emails, the speed in which helpful information can be passed between a large number of households in just a few minutes. The simplest tasks can still make a big difference in reducing crime and anti-social behaviour within the area."

Carie Lyndene is in the process of setting up a Neighbourhood Watch Scheme in her part of Gloucester.

She was prompted to take action after realising first-hand how easy it was for things to go unnoticed.

Carie said: "About four weeks ago, I got locked out of my house at about 10pm on a Friday night. The only way I could get in was to borrow a hammer from a neighbour and bang in the front door.

"It was incredible. I was expecting the police to turn up at any moment, but people were walking past and nobody asked me 'what are you doing?'

"Fortunately, I know my own neighbours, and if they had seen it wasn't me then they would have done something.

"But we do need to pay more attention to what is going on in our communities. We are living through a pandemic and it raises the awareness that we need to look after each other a bit more. "

"Not only does it help us to prevent and investigate crime, but it offers support to those who are vulnerable - something which is even more important during these times of lockdown.

"Members who volunteer their time to Neighbourhood Watch provide us with an invaluable support network for local policing, and the benefits of this united approach to tackling local issues cannot be underestimated.

"Policing is far too important to be left to the police alone so thank you for the contribution you make in helping people stay safe from harm."