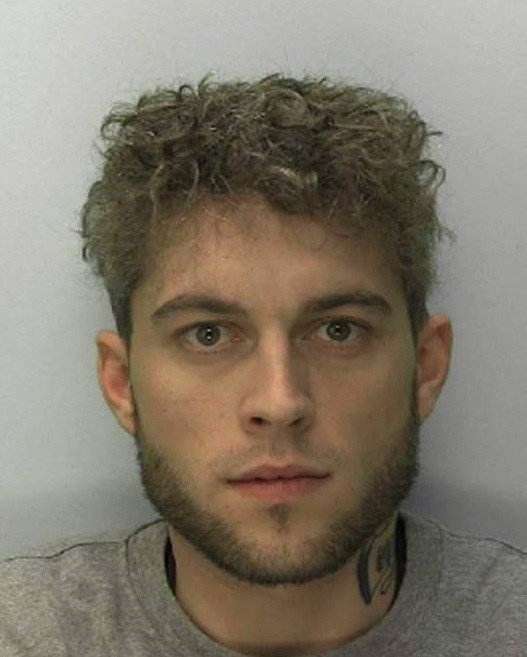 A man has avoided jail despite scarring a former friend for life by hitting him over the head with a bottle.

Oliver Charlesworth, 28, accused Craig Jones of being a 'grass' before hitting him when the two men encountered each other in Tewkesbry, said prosecutor Mark Worsley.

He was sentenced to two years imprisonment suspended for two years.

Mr Worsley said that before the assault Charlesworth had sent 'a number of messages to Mr Jones on social media.'

Mr Worsley said: "The men had previously been friends and the messages were not threatening or abusive in themselves, but showed that Charlesworth was troubled by something.

"There then follows a chance meeting between them near the Morrisons store in Tewkesbury at around 10pm when Mr Jones recognised Charlesworth in a group of people. He tried to get away but Charlesworth spotted him and demanded that he walked with him.

"Mr Jones refused and attempted to get away. But Charlesworth faced him with Mr Jones trying to push him away.

"During a heated discussion Charlesworth accused Mr Jones of being a grass and hit him over the head with a bottle."

The injured Mr Jones made his way to a nearby house where he was met by the police.

Catherine Spedding, defending, said: "Charlesworth has mental issues including post traumatic stress disorder dating back to when he was abused as a child.

"He has only just started to open up about his past. He has also got involved with a series of petty thefts and has struggled with low level drug use.

"His stringent curfew conditions have prevented him going to work."

Judge Ian Lawrie QC said: "I was very struck by Charlesworth's behaviour when he was arrested. He clearly has issues."

Addressing Charlesworth directly, the judge said: "Ordinarily I'd send you into immediate custody, but your background in this case has a number of complications.

"You didn't deliberately carry a bottle to attack somebody and this was a chance confrontation.

"But it's unforgivable that during that confrontation with your victim you wielded the bottle as a weapon. Mr Jones is now scarred for life.

"The incident shows you have simmering anger within you and its obvious you need professional help.

"This partially explains your behaviour, but does not excuse it.

"There has to be a careful balancing act between punishment and rehabilitation. You have previous convictions for violence."

The judge also ordered a monthly judicial review of Charlesworth's progress and ordered him to pay a victim surcharge of £140 and imposed a five-year restraining order which bans him from contacting Mr Jones in any way.