Almost 13 million households in the UK are owed a total of £1.7 billion by their energy suppliers, an increase of 13.5 per cent (£230 million) on last year, according to new research from Uswitch.

Consumers who pay for their energy by direct debit can often find themselves in credit with their supplier, as their monthly payments don't exactly match their gas and electricity usage. Direct debits stay the same every month, but energy usage varies depending on the time of year. This means that consumers should be in credit with their supplier following the summer months, and in debt to their provider in the depths of winter.

But coming out of winter this year, almost half of all UK households (46 per cent) are due a refund from the energy provider, with the average amount worth £136 - up £10 on last year. In addition, one in ten energy bill-payers is owed a rebate of more than £200. The vast majority of suppliers either refund automatically or allow you to fill in a form online. 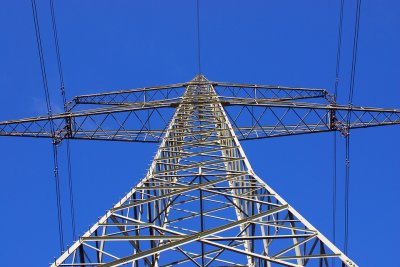 Some energy providers do not automatically issue refunds to customers whose accounts are in credit, meaning any money owed to consumers can go unclaimed for months. Almost six in ten (57 per cent) report that their energy supplier has never automatically credited their account.

At the other end of the scale, 3.9 million households (14 per cent) are in debt to their provider at the end of winter, a total of £548 million for the UK. Nearly one in 10 (nine per cent) have moved from being in credit last year to owing their supplier this year.

Concerns over growing debt led some households to take measures to reduce their energy use over the winter period. Steps taken by people include turning down the thermostat, only using the heating on certain days and turning down each radiator individually.

During the coronavirus lockdown, Uswitch is advising consumers to think about whether they want to reclaim their credit, or use it as a buffer to help pay for the extra gas and electricity they will use while spending so much extra time at home. In addition, vulnerable customers can get support from their energy provider.

Sarah Broomfield, energy expert at Uswitch.com, said: "Energy firms owe £1.7 billion to families across the UK. At a time when many people are finding their finances squeezed, as well as using extra gas and electricity because they have to stay at home, it will be welcome news for those who are sitting on unclaimed credit from their energy supplier.

"More than a fifth of households say that the amount of credit or debt they're in has increased in the last year, and we hope that providers will act quickly to make sure that direct debit payments accurately reflect energy use."