Pizza Express could be the next high-profile High Street name to hit the buffers, according to reports.

Financial markets experts Bloomberg have reported that the group have hired financial advisors Houlihan Lokey Inc to advise on how to deal with its creditors.

The restaurant chain, which has outlets in Gloucester Quays and on Im 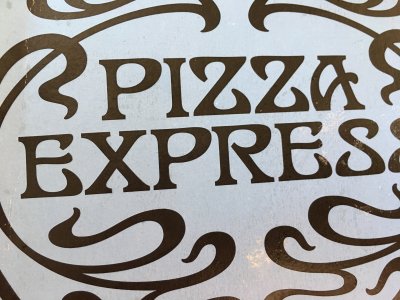 perial Square in Cheltenham reported debts of more than £1billion in their latest annual report.

Around half of that debt is owed to the group's Chinese parent company and does not have to be repaid.

But more than £465million of that bill is reported to be repaid within 18 months with a further £200million due a year later.

With the chain operating 470 restaurants over the UK, the amount of debt per restaurant that has to be repaid within the next two-and-a-half-years equates to more than £1.5million per outlet.

And while the reports claim there is no immediate danger of the company folding and the 470 restaurants closing, it does not auger well for the future.

With Prezzo and Jamie's Italian both being forced to close in the past year and The Restaurant Group, owner of Frankie and Benny's and Chiquito promising store closures, the sector is struggling.

According to the latest full-year results released earlier this year, the company was paying £93 million in interest on its debt pile each year.

That figure is nearly three times the operating profit figure of £38million that the company reported for the year to December 2018.