DECISION MADE: Final route of A417 'Missing Link' approved by the government

The government have agreed on the final route for the "Missing Link" on the A417, meaning traffic chaos at the infamous Air Balloon roundabout will soon be a thing of the past.

Highways England is moving forward with route option 30 - the option preferred by Gloucestershire County Council - that will see 3.4 miles of road linking the M5 and M4 turned into dual carriageway.

The dual carriageway will be complemented by an extra climbing lane for slow-moving traffic at Crickley Hill and will arc through the hamlet of Shab Hill to the east of the existing A417. 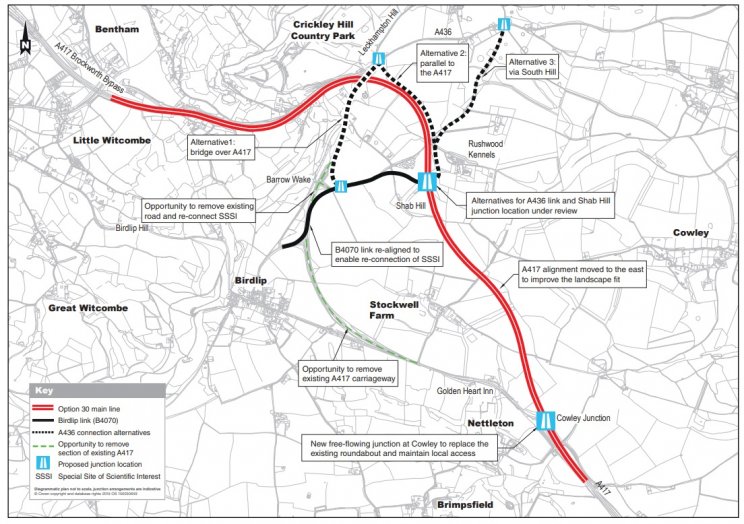 It will join the road at the site of the current Cowley Roundabout, meaning the troublesome, winding road through Nettleton Bottom will now be missed out altogether.

A new junction off the A417 will be created at Shab Hill with links to Birdlip and the A436, while the Air Balloon and Cowley roundabouts will be removed as part of the scheme.

Gloucestershire County Council leader Mark Hawthorne said the announcement of the preferred route put the project much closer to the finishing post.

"We have been pushing for decades to sort out the A417 missing link," he said.

"Local residents have had to suffer pollution, delays and serious accidents as a result of this road - today's announcement takes us much closer to sorting that out for good.

"The county council has already invested £1.5m to support the development of this scheme - and we will keep backing Highways England to get it built."

Today's announcement means that detailed legal and design work will start in earnest with a formal public consultation to follow during the summer of 2019.

Following the consultation, a formal planning application known as a Development Consent Order will be submitted for approval.

Once the consultation is concluded in the summer, the process of applying for and receiving final approval Development Consent Order will take up to two years.

Work would then begin on the project - which is expected to cost as much as £500million - in the second half of 2021, with work expected to be concluded in 2024.

The existing route carries as many as 34,000 vehicles per day into and out of Gloucestershire and the new route will improve travel times and safety through a renowned accident blackspot.

Gloucester's MP Richard Graham said that the new dual carriage way will offer significant improvements to both commuters and businesses in the city. 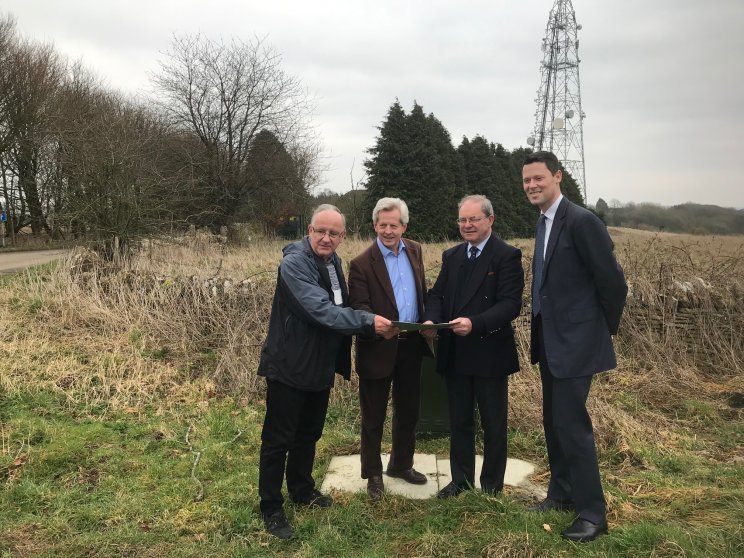 He said: "The proposed changes to the A417 will make a huge difference to my constituents, and to all coming to Gloucester from the south - making our county a better place to live, work and visit.

"It's the biggest and most important investment in Gloucester infrastructure by this government - getting rid of a problem left by the last Labour government.

Now it's important that everyone - charities, environmental groups and residents alike - work together with Highways England to make a success of the detail and timing, so that the road is open to traffic in early 2024."

The chosen proposal also includes access for walkers, including an improvement to access to the Cotswold Way National Trail and the Gloucestershire Way.

Full details of the announcement can be found on the Highways England website.

Details of the plans will be displayed at libraries in Gloucester, Cheltenham, Stroud, Cirencester, Hucclecote, Brockworth and Coleford from today.