We all enjoy a good plot twist in a highly anticipated novel, but you don't usually expect them in real life.

#RealLifePlotTwist was in the car with my driving instructor to get my permit. Was at an intersection, a car made a rolling stop past a stop sign & drove past us. Instructor points: "Do not do what that guy just did." I look at the other driver: it's my Dad.

#RealLifePlotTwist At my wedding the minister called in sick and sent a replacement but It was my wife’s first husband! WOW!

When I moved house I kept hearing my name being shouted but every time I looked around or out the window I saw no one.
For months I thought the house was haunted by a ghost but it was actually my neighbour calling his dog which had the same name as me! #RealLifePlotTwist

Applied for a job that was anonymously posted. Ended up being with my company for my position. #RealLifePlotTwist

My only computer dies just when the country goes into lockdown and Uni puts everything online. Also the warranty just expired last month. from r/Wellthatsucks

6# Near miss death or date

On my way to meet a date I almost hit a guy w/my car in a parking lot, he walked to my window, I thought he was gonna yell at me, nope, he said I was beautiful & asked me out for a drink. Bailed on other dude & the guy I almost hit is now my husband of 11yrs.#RealLifePlotTwist

My friend and I were at a Michael Buble' concert in MN, we were by the stage, and trying to take a selfie with him behind us onstage. As we were doing it, he ran down some stairs, and jumped right in behind us for the photo! #RealLifePlotTwist pic.twitter.com/DRemkByJrg

In 2001 there was a fatal train crash killing 10 passengers. I was supposed to be on that train to go to a job interview but the night before, I fell over, broke my wrist & spent 6hours in hospital - so I had to cancel the interview & I never got on that train #RealLifePlotTwist 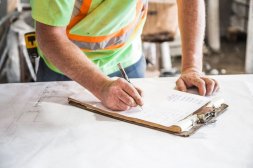 Returning to a new reality.

An accident waiting to happen.

Confusing perspectives of the animal kingdom

The animal kingdom from a new angle.