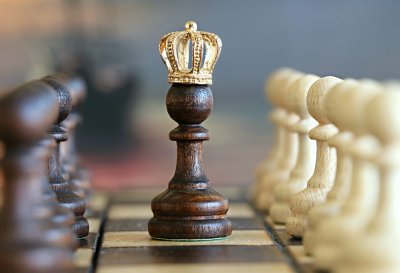 During his visit to London, Donald Trump met with the Queen, and after graceful pleasantries he asked her -

"Your Majesty, how do you run such an efficient government ? Are there any tips you can give me ?"

"Well," replied the Queen, "the most important thing is to surround yourself with intelligent people."

Donald frowned, and then asked, "But how do I know the people around me are really intelligent ?"

The Queen took a sip of tea and said, "Oh, that's easy Donald. You just ask them to answer a riddle."

Seeing the puzzled look on Donald's face, the Queen said,

"Let me demonstrate it for you." The Queen pushed a button on her intercom and said, "Please send Prime Minister Theresa May in here."

Theresa walked into the room and said, "Yes, Your Majesty ?"

The Queen smiled and said, "Answer me this, Theresa. Your mother and father have a child It is not your brother and it is not your sister. Who is it ?"

Theresa answered, "That would be me."

"Thank you Theresa." said the Queen. The Queen smiled at The Donald and said, "it's as simple as that." 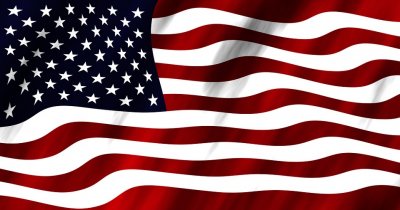 Donald returned to the White House and asked Mike Pence the same question.

"Mike, I want you to answer this riddle. Your mother and your father have a child. It's not your brother and it's not your sister. Who is it ?"

He went to his advisers and asked everyone, but none could give him an answer.

The next evening Mike and his wife were dining at a fancy restaurant when he noticed Sarah Palin sitting at another table. Mike walked over to her table and asked,

"Sarah, can you answer a riddle for me ? Your mother and father have a child and it's not your brother or your sister. Who is it ?"

Sarah answered, "That would be me !"

Mike smiled and said, "Thanks Sarah !"

After dinner Mike returned to the White House and met with Donald. Mike said,

"I did some research and I found the answer to the riddle."

Donald said, "Fantastic. So, what is the answer ?"

And that, my friends, is what is going on at the White House! 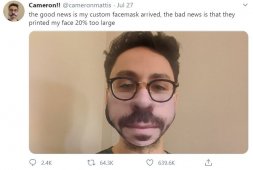 Customised and personalised face masks are the latest trend.