Grandmothers teach us a lot of important things, often entertaining us at the same time.

tonight my abuelita whispered, “I want to show you the most beautiful girl in the world,” solemnly leading me to a table packed with old family photos. with one, shaky finger, she pointed, slowly, to a photo... of herself

My 87-year-old grandma has played Animal Crossing New Leaf on her 3DS every single day for the past 4 years now.

Her 3DS finally broke this year, so we got her a new one for Christmas. During a system transfer I checked her activity log: pic.twitter.com/R33KycrW4q

3# Taking care of the whole family

My wife’s grandma knit our cat a scarf for Christmas. I’m WEAK 😭🥰 pic.twitter.com/STwdLdKawI

grandma: bao? is that you?
me: yes grandma
grandma: wow youre so pretty
me: no youre pretty
grandma: absolutely not. i am on the verge of death. i am ready.

I think a lot about that time my grandma called me to say she learned how to burn CDs on her computer & sent me one with her favorite songs on it but when I got it in the mail it was just ABBA’s “Waterloo” 17 times in a row.

LADIES AND GENTLEMEN WE DISCOVERED A CHAMPION TONIGHT... PLEASE MAKE MY ABUELITA GO VIRAL I NEVER SEEN THIS BEFORE IN MY LIFE pic.twitter.com/84vZLa8I7E

My grandma ain’t give nobody time to wake up good and brush they teeth this morning pic.twitter.com/28ld3tZPhV

8# Appreciating what you have

An actual phone conversation with my grandma:
"I know you're sad your best friend is moving"
Me: "yeah I am"
"Well my best friend died."

I told my grandma I liked her shoes so she went out and got me a matching pair I am CRYINGGGGG pic.twitter.com/8LnFAXFUQI

i left my pajamas at home but my grandma said she had something i could wear and then she brought back this pic.twitter.com/cxKZz3ipOK 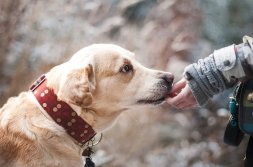 Entertaining us every day of their lives.

Spur of the moment embarrassing moments.